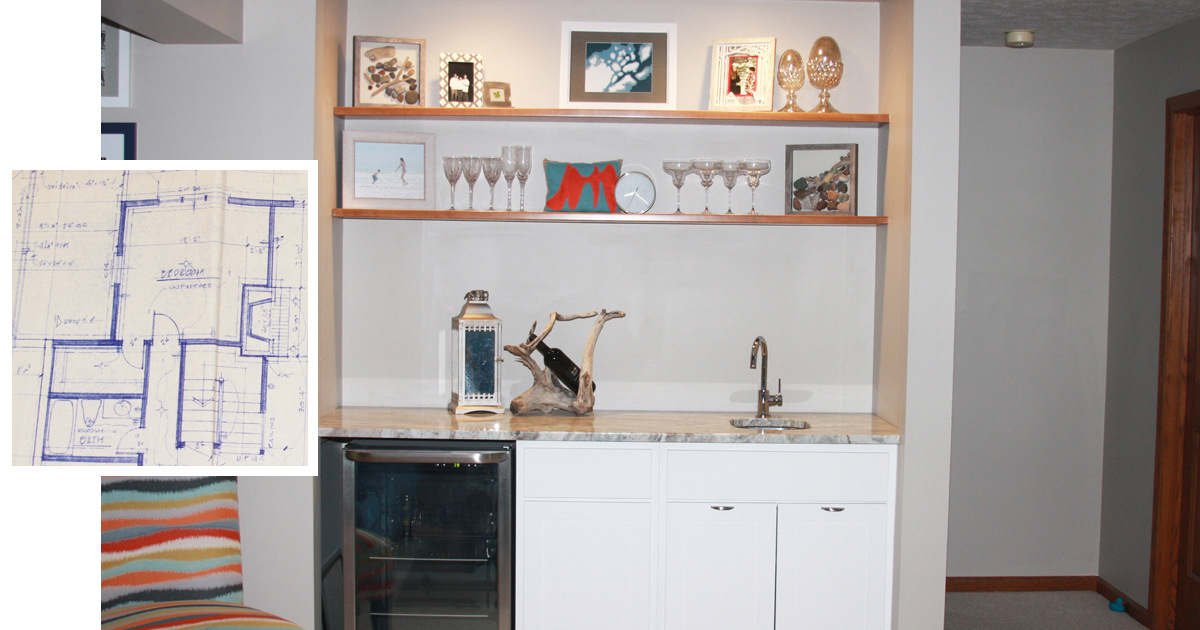 Lisa Young, Serendipity Media marketing director, has been adding her own touch to her ranch-style redbrick home in Rockford since she and her husband, Cliffton, purchased it 10 years ago.

"Little projects are my thing," Lisa said. "I also like to save some money. More of it, I like to problem-solve."

Small projects can have a big impact on home renovation.

The basement was once the kids' lair, but the two now-teenagers outgrew the need to store toys in the space. Lisa and Cliffton wanted to upgrade the basement space, to be used more for group gatherings.

So, they flipped a closet and added a bar.

"I like the functionality of it," Lisa said. "It's just an example of how you can find spaces where you're not expecting them."

They took a sledgehammer to the closet so it opened up into the living room and used drywall to close off the previous doorframe. They installed cabinets and open shelving from Randall J Smits Builder, along with a sink, a mini fridge, and a quartzite countertop from Top of the World Granite, which sells remnants.

The plumbing was not.

To access the water supply, they needed to rip the carpet up and drill. The Youngs' neighbor, owner of H20 Plumbing, undertook the project and installed a pump under the sink that pumps water to the ceiling and into the mechanical room. 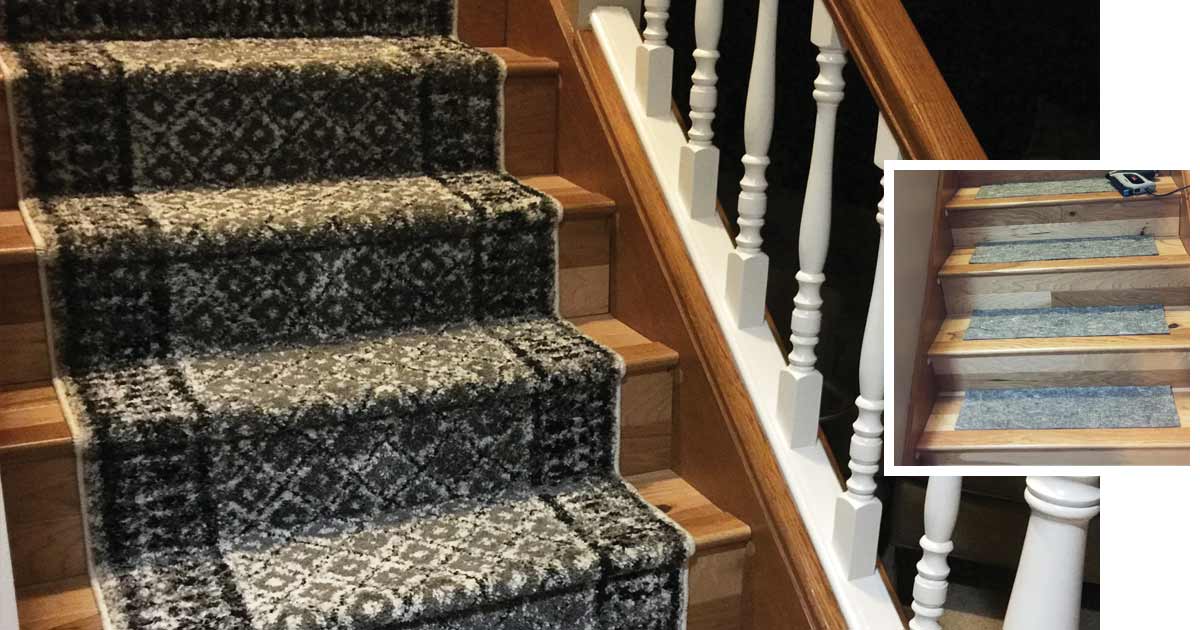 A Step in the Right Direction.

Lisa and Cliffton had resolved to replace their floors with hardwood throughout the entire upper level.

The basement stairs were the last step.

The problem: To install hardwood on the stairs, the workers needed to secure a lip on the edge of each step as a transition molding. It raised each up about half an inch. "Plus, in the process—and this is what happens in projects—the stairs were cut down by an inch," Lisa said.

The stairs were too narrow. Toes could hook on the lip.

"We're walking down those stairs sideways, because they're so dangerous. We needed to fix this."

Lisa found inspiration on Pinterest, through a pin that provided instruction on putting a carpet runner on stairs.

She bought herself a staple gun. And a black and white runner to match another rug in her house, and some foam padding to go underneath. Lisa cut the runner to fit the stairs, put the padding down and used a staple gun on it.

It covered up the lip, made the surface even and provided traction.

"I love the look of hardwood, but adding that rug makes it look better." 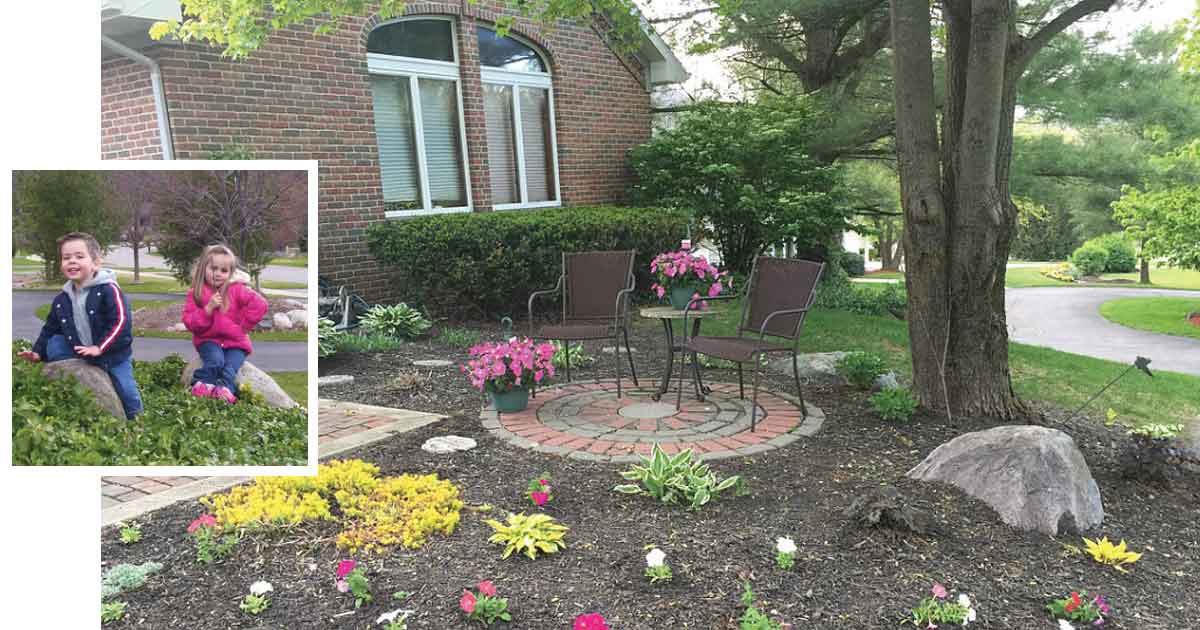 The Root of the Issue.

When the Youngs' house was built in 1990, the landscape trend was groundcover: greenery, ivy, vines. It overran about 200 square feet of their front yard.

"It was some kind of succulent vine from hell, and the roots reached to hell," Lisa said. "It just goes crazy and it starts encroaching on your grass. It just looks dated."

Lisa and Cliffton removed the greenery—it took five days—and designed a brick-and-mortar patio in a circular pattern, right under the shade of a tree. They bought two chairs and a small table, filled in the rest of the space with woodchips, and planted some annuals and perennials.

"Now, we have an area in the front yard where we can sit and watch the kids play." 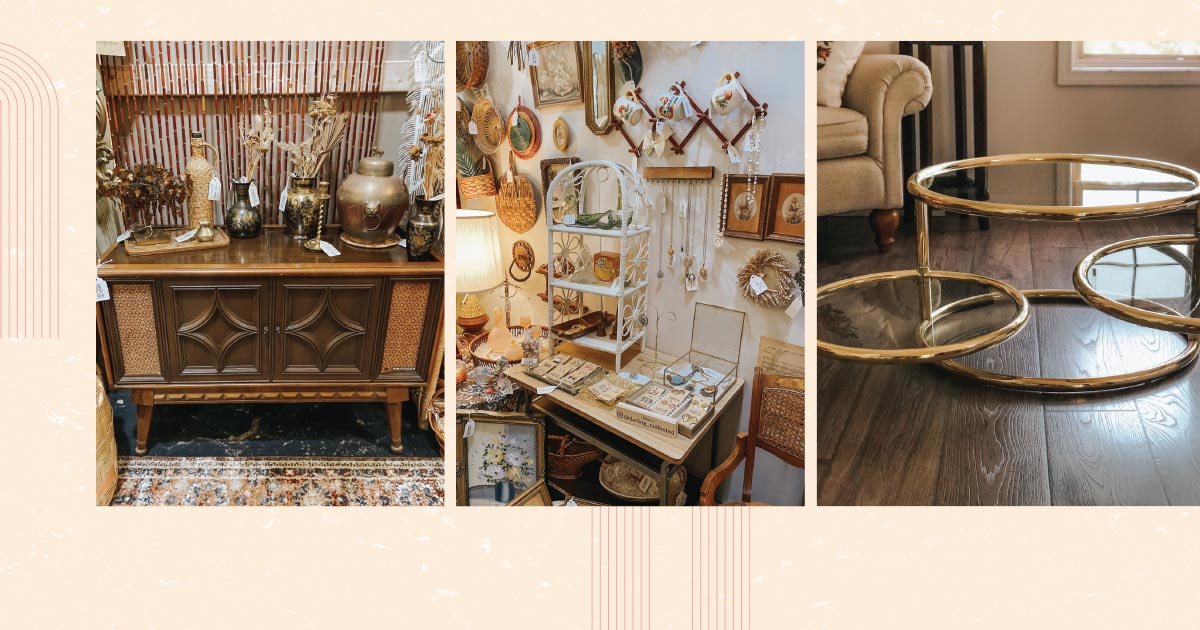 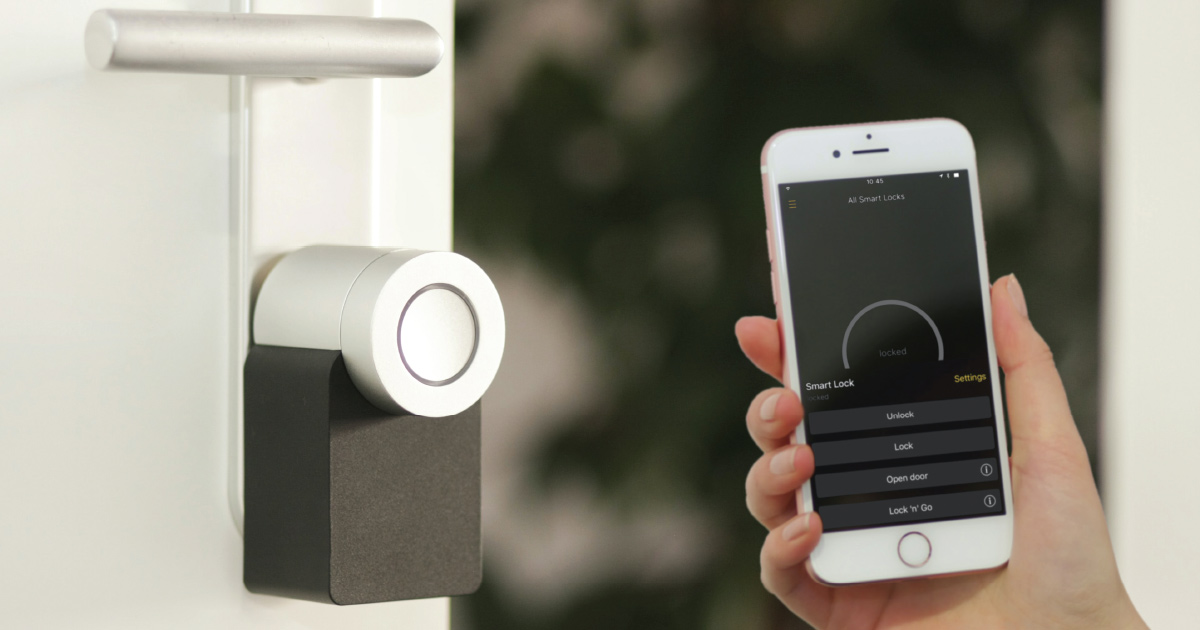 Safe and Sound: A Look at Home Security 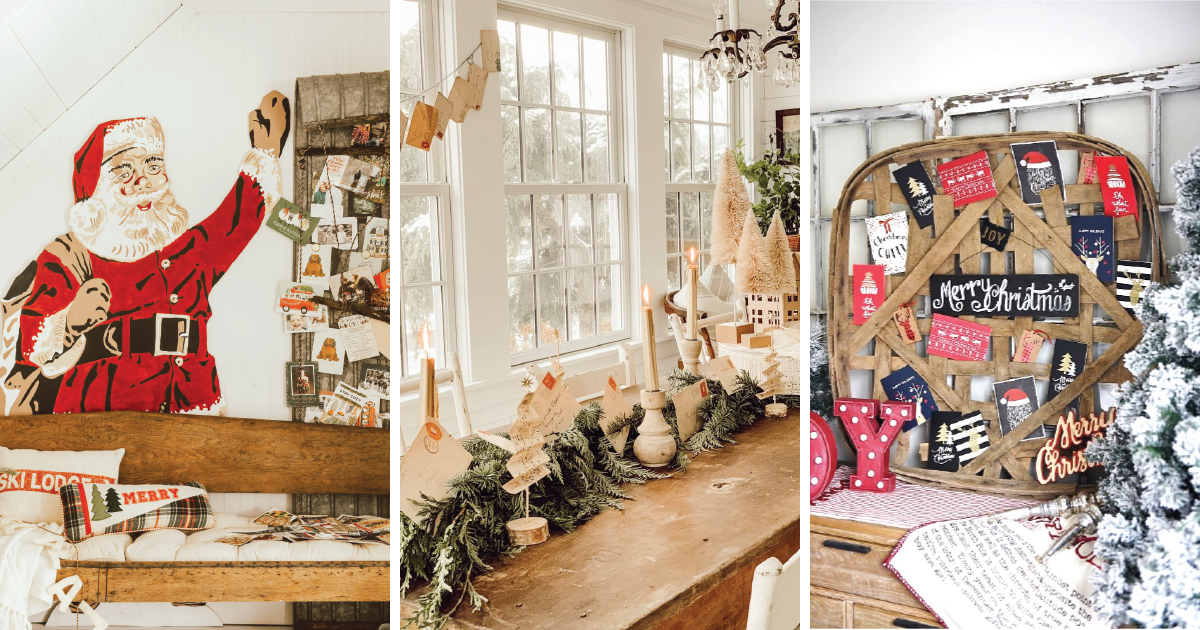