Stumble and fall. Get back up.

Stumble and fall. Get back up. 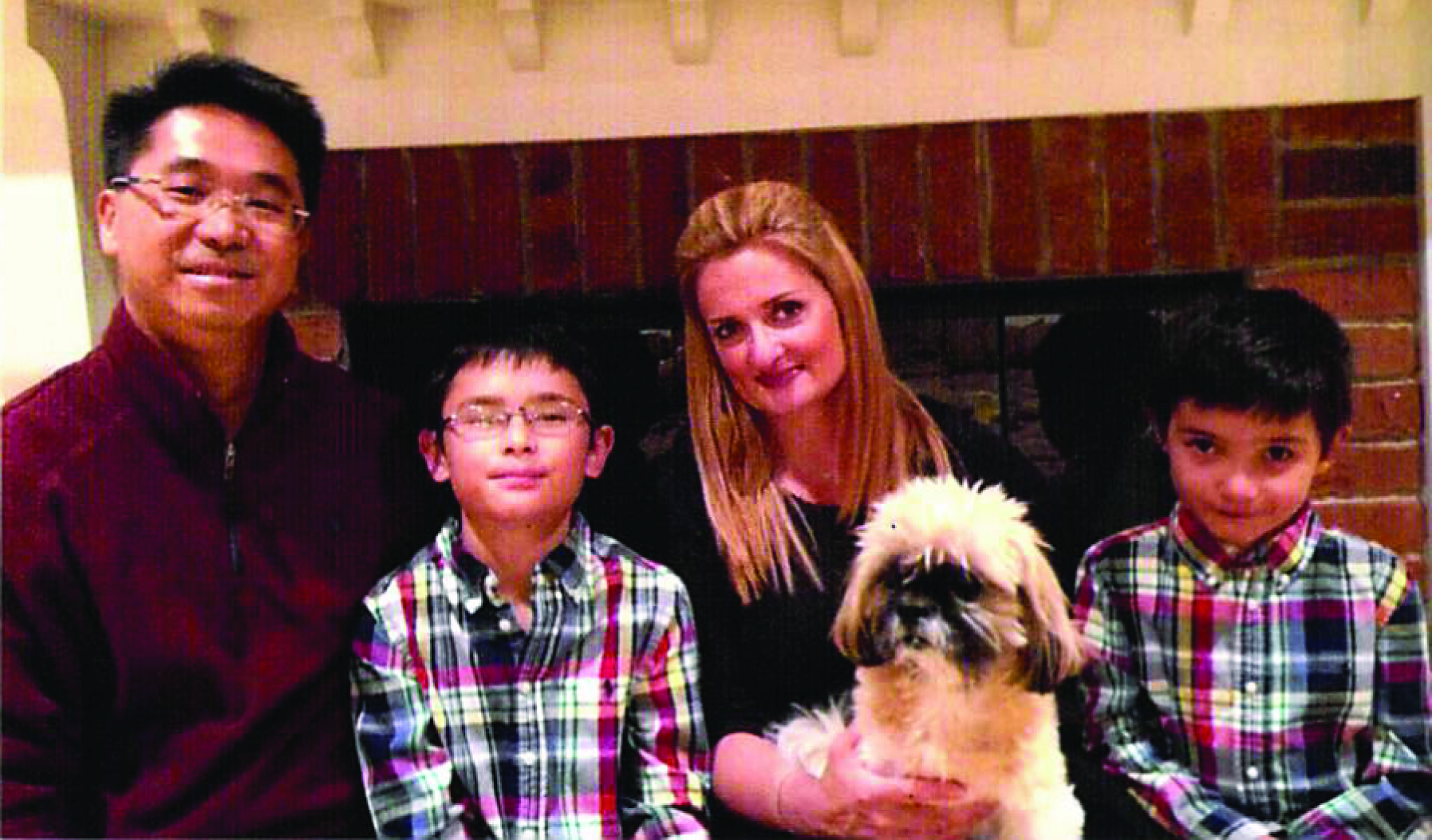 February 7, 2014, is National Wear Red Day, created to raise awareness of heart disease as the No. 1 killer of women. Many women don’t know their risks for or facts on heart disease, or that stroke is a cardiovascular condition. Madelyn Mazzone-Wong, a forty-six-year-old mother of two and former nurse, is a stroke survivor who’s still learning and doing—with her humor and both feet firmly in reality.

Madelyn Mazzone-Wong was seven weeks post-partum, five days into a new home, and nine days from her thirty-ninth birthday when she went from watching a girly movie while two-year-old Nathan played and baby Alex slept to wondering if she’d end up unable to care for her children.

“My dog, Ben, came up on the couch and was just staring at me. A few minutes in to the movie, I looked at him and he was blurry. I’ll never forget his eyes; he wouldn’t take his eyes off of me. I had this excruciating pain—it started in my neck and shot into my head. I thought, ‘I’m really dehydrated.’ I looked at Ben and said, ‘I don’t feel so good.’ I heard myself slurring. I didn’t feel myself. You have this motor inside that’s constantly going, and something was drastically changed. I had a hard time getting up. I remember hobbling to the back of the couch where I got on all fours, and thought, ‘I’m so exhausted.’”

Madelyn wanted to lie down and close her eyes, yet thought if she closed them, she’d never get up. “I was so exhausted; I thought I was going to die.” Ben was still looking at her. Nathan wanted to play. “I’m lying down, and I remember my left arm came over my face, and I couldn’t feel it at all. Then I panicked, and at the same moment, Alex started crying.” She was in denial about her condition.

“I needed to feed my baby. It took all of my effort to get up. I dragged my whole left side into the kitchen. I had to think about where to go, where the refrigerator was, what to get. I remember putting the milk in the microwave; I remember walking across the kitchen to the stove and hanging onto it.”

Madelyn went to get Alex. “I held the bottle with my right hand and thought, how am I going to pick him up? I couldn’t use my left side. I had him on the couch with me, cradled against my left side, and I dropped him. I usually don’t carry my cell phone, but had it in my shirt. I knew something was definitely wrong.” Madelyn called her husband, Peter Wong, a vascular surgeon. “I had to think about his cell phone number, and dialed it and told him something was wrong. I was less slurred. He knew right away what was happening. He wanted me to call 911, and I wasn’t going to do it. I didn’t want something to happen to the kids.” Peter called 911 and nurses he worked with, who went to look after the children. Nathan asked Madelyn where she was going. “I’m going on a nice little car ride to the hospital. I’ll be right back. I’m going on a trip.”

It was a long trip.

Madelyn celebrated her birthday at Spectrum Health Butterworth, progressing toward Mary Free Bed Rehabilitation Hospital’s inpatient stroke program. She hated it. “They were testing me on tying my shoes. There was a balloon game—tossing back and forth—and I started crying my eyes out.” It was something her children should be doing. It was depressing. It was humbling. At the same time, she appreciates the kind and patient staff who worked with her, and she’s still learning and relearning.

Madelyn’s left side was “literally spilt in half” and still lacks feeling and full strength. The worst part was mourning her physical loss and the changes stroke created. “I’m not the same person at all, and I hate it. There’s nothing I can do. It‘s the brain. I can’t go back. The way I think sometimes, how I process things, is different. My personality is slightly changed. I can’t change that.”

And life goes on. “I had to kick right in and get Nathan to preschool and take care of the baby, and it was nonstop. I think the key for anyone who’s had a stroke is to get back in it. Maybe it’s still denial, but it keeps me going. I’ve probably gotten eighty to ninety percent back; that’s all I’m going to get. That bothers me. Cold weather bothers me. When I get anxious or nervous, I stiffen up.

“You do some things you’ve never done before; some, you pick up again. You’ve got to keep going. And you’ve got to laugh about it. There’s nothing wrong with making fun of yourself. Stumble and fall. Get back up.”