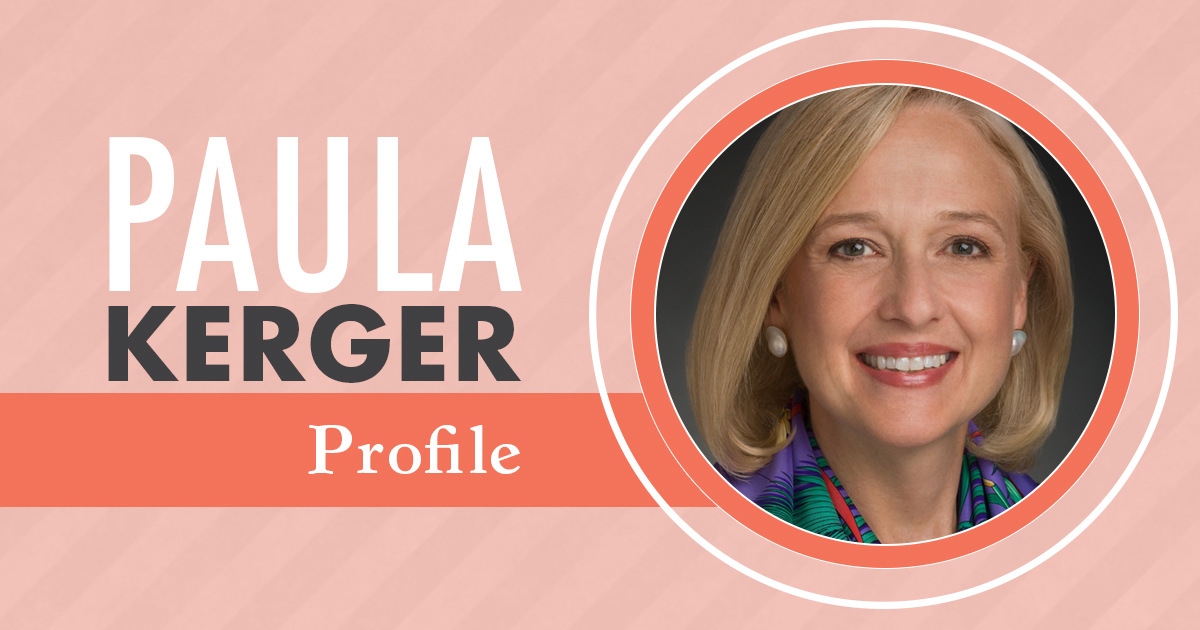 This week, PBS President Paula Kerger visited Grand Rapids to announce a partnership with Grand Valley State University College of Education to educate and empower the next generation of teachers with the latest digital tools made specifically for classroom use.

While Kerger was in town, West Michigan Woman staff writer Jennifer Reynolds spoke with her about what it's like being a leader in an industry where more than seventy-five percent of leadership positions are held by men, and how PBS' programming contributes to gender equity.

Kerger notes that it's not enough for women to get into a leadership role: There is an obligation to help others rise up, by seeking out opportunities to mentor young women. She commented that one of the challenges of her position is the lack of female mentors and contemporaries. "You find that when you get to the top, it's hard to find support." There have been many meetings of media industry leaders where Kerger was the only woman in the room. She says that the disparity in representation matters, because it determines who is deciding content and who is telling the story. There have been times when Kerger wondered if she was in another decade, listening to descriptions of plot lines where women's only presence was in supporting roles, or even young female characters were hyper-sexualized. "I don't see the trends shifting in new media."

Kerger describes PBS' decisions regarding characterization of gender roles as "mindful," whether in animated children's programs or programs with "real people" characters. In educational programming for adolescents and adults, this mindfulness still applies, with intentional inclusion of both male and female contributors. "It reinforces to adults that there's a great diversity, which is not always celebrated."

The PBS series Makers, featuring the women who made America, premieres its sixth season this fall, beginning September 30. Each of the six episodes focuses on women leaders in different fields: comedy, Hollywood, space, war, business, and politics. For more information about this series, click here. To check the WGVU schedule for the broadcast schedule, click here.

In addition to speaking about upcoming programming, Kerger gave advice to GVSU students, much of which is right in line with what we believe here at West Michigan Woman: Look for opportunities to grow and learn, seek out great mentors, be involved in your community, and be bold. "Find your own voice. Don't be afraid to use it."

Jennifer Reynolds is the staff writer for West Michigan Woman magazine and a PBS fan.