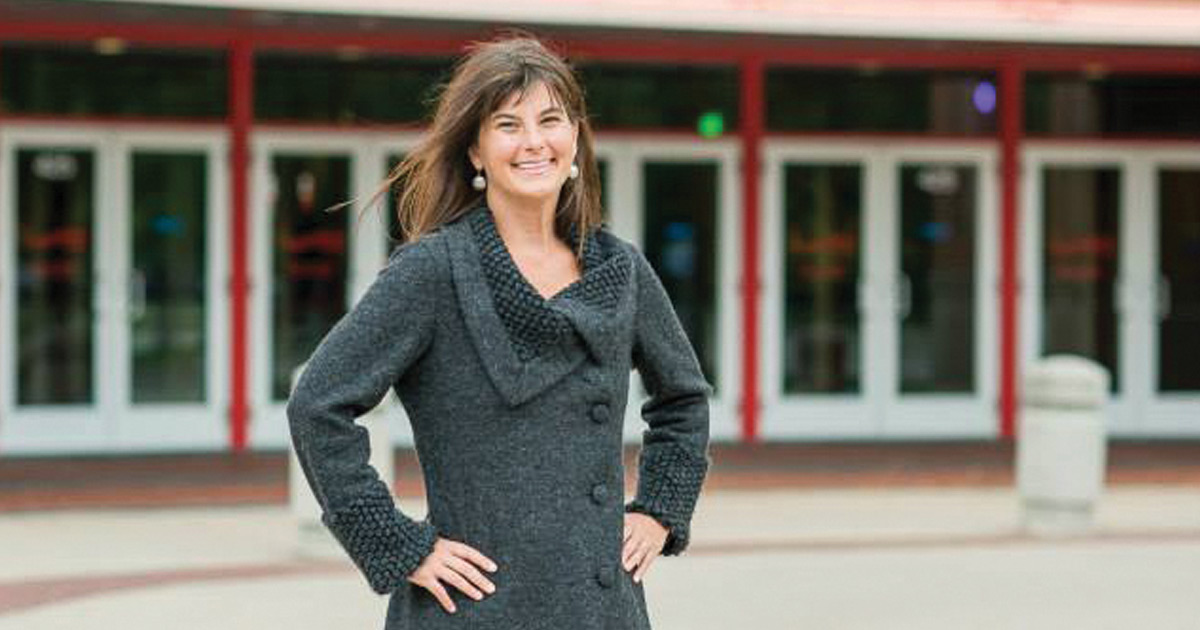 The Loeks family has created a 75-year legacy in West Michigan with Celebration Cinemas.

Emily Loeks is the Director of Community Affairs for Studio C & Celebration Cinemas. While she did not initially see herself in the family business, Loeks found herself cultivating a career that fulfilled all her passions.

Was it a given that you would work with your family?
This was not my plan as a young person. I actually volunteered with West Michigan Environmental Action Council and a number of other organizations. I had a few visions. But I love story and I've actually found that I love business. So, there is a piece of this that is in my DNA.

Was this your first career?
This was not my first job. I directed a summer science camp program in Chicago and led a few other of their programs. The lure that brought me into the family business was to figure out how to make use of our IMAX screens, which brought education, science, and history to the screen, and figure out how to partner with institutions and schools to create experiences.

Besides your family, who else have you relied on to provide guidance and support as a female leader?
I feel like I lucked into not a single mentor, but a group of mentoring women. A friend of mine, Amy Ruis, owns Art of the Table. About a decade ago, she reached out to women who walked into her store, who she always felt she was right on the cusp of having great conversations with and learning from, and said, "Hey! I don't know what's going to happen. But let's get together and maybe the magic will happen here." We found that the conversation was so rich and so good that we have been sustaining that for a number of years now.

What is the most valuable advice you've received about community impact?
Some words of advice that my mom gave to me were that you have to have an internal compass. I tend to be a pleaser and I tend to be anxious when I feel like I'm not pleasing somebody. Her words were, "Have an internal compass. Have a vision. Know that you're not going to make everybody happy. But if you can own it and be clear about where it is you want to be moving and also be a listener to people around you, you will find your North."

Why do you champion for the underdog?
My understanding of how people get to truth is that you hear as many stories and angles on it as possible. When we are able to gather under our (Celebration Cinemas & Studio C) roof a diverse cross-section of the community around story and hearing from a lot of different people's storytelling, I think we get closer to understanding each other and that's something I love to elevate.