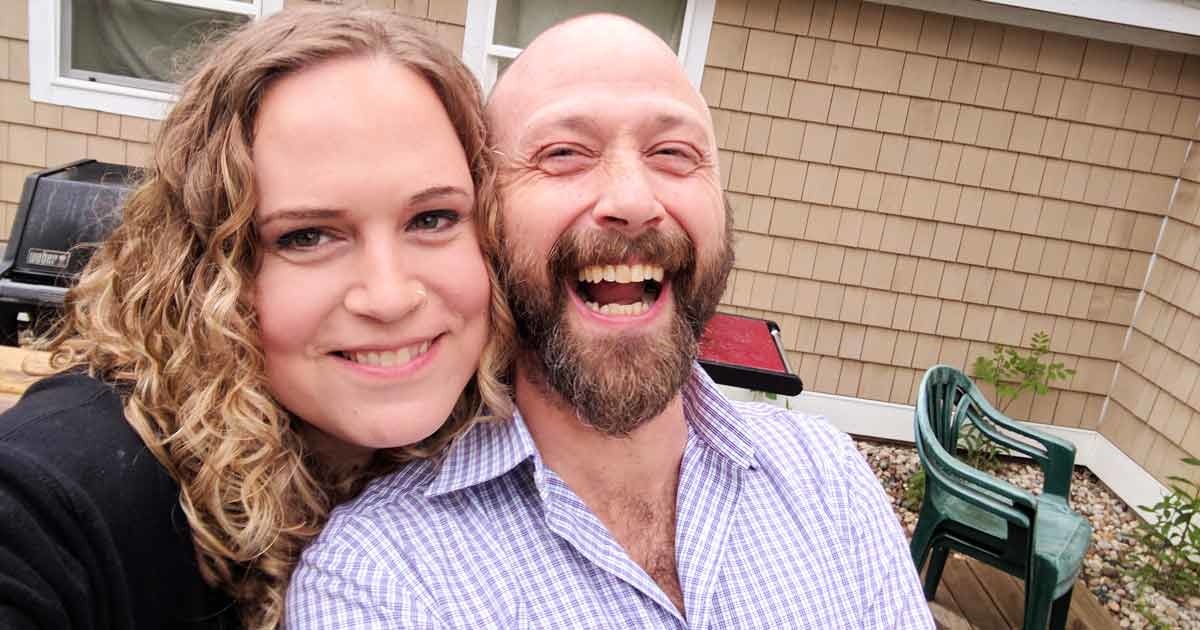 "I've known I was trans since I was 5 years old," said Ellie Webster, vice president of the Grand Rapids Pride Center, an organization that empowers the city's LGBTQ community through social and support groups, education, and advocacy.

After more than two decades spent struggling with gender dysphoria—a medical diagnosis involving conflict between a person's physical or assigned sex and the gender with which he or she or they identify—Ellie took her first dose of hormones just 12 hours shy of her 33rd birthday and began the transition from the male body she was assigned at birth to the female body she owns today.

"I got to a point where it didn't matter anymore. I had done everything in my life that I possibly could to run from who I was. Everything I could possibly think of. I tried so hard to be the person the world told me I was."

Yet she'd see herself in the mirror and know the person looking back at her wasn't who she was.

"Growing up, what I wanted most was someone to ask just a few simple questions: Am I going to survive this? Am I going to be OK? Am I really the freak I think I am? If I had somebody answer those questions for me much earlier in life, I wouldn't have waited."

Ellie found the support she needed at the Grand Rapids Pride Center when she began attending an Own Your Gender (OYG) group in late 2014, several months before beginning her medical transition. In late 2015, she took on the role as a facilitator for a young adult group. In early 2016, she joined the board and stepped up as vice president in November 2017, to serve as a representative and voice for the transgender community on the center's board.

"The world is not nice to trans people," Ellie said.

The legal battle is only part of the fight. Limited protection translates into unemployment and homelessness for transgender people, and the community faces harassment and violence. For the past three years, one of Ellie's roles at the center is to plan Transgender Day of Remembrance, which is observed annually on November 20 to memorialize those who have been murdered as a result of transphobia.

"Every year, we've broken the record for number of people killed because they were trans."

The Grand Rapids Pride Center keeps fighting back. This year, the organization is celebrating its 30th anniversary. The 2018 Grand Rapids Pride Festival on June 16 will celebrate the center's 1988 roots, the work it's done, and the LGBTQ community of today.

The organization hired a new executive director under the Grand Rapids Pride Center banner in 2017 and will be transitioning from a working board to an executive board over the next year and a half.

"We've accomplished so much, but we're just breaking ground, and I think that's very exciting."

She notes that Grand Rapids—and West Michigan as a whole—still has a lot of needs in healthcare, housing, employment and more. She continues to share her story in the hopes of breaking down stigma.

"The more open and honest conversation we can all have, the more people will start to see trans people for who they are rather than what they are. As a trans individual, being trans is probably the least interesting thing about me, but it's the one thing everybody wants to focus on."

"I've got a decent career I work really hard for. I think that's kind of interesting. I've built custom motorcycles. I love dogs. There are so many things about this life."

Ellie works as a system administrator for a local manufacturing company. Between work and volunteer, she is not left with much personal time but enjoys getting out on her motorcycle, collecting vinyl records, going to concerts, and spending time with her friends and her partner, Liz.

Yet she owes much to the Grand Rapids Pride Center.

"If it wasn't for the center and the OYG group, I don't know how my journey would've gone," Ellie said. "I didn't know anybody in the community. I didn't even know where to start. Finding that support group, finding the resources that the center had to offer, helped me find the direction I needed to go. I'll say all the time that it saved my life.

"Life is so much better now. So much better. I just get to be now, and that's what I'm hoping for others."