New Perspectives + A New Objective: To Raise a Different Kind of Awareness

New Perspectives + A New Objective: To Raise a Different Kind of Awareness 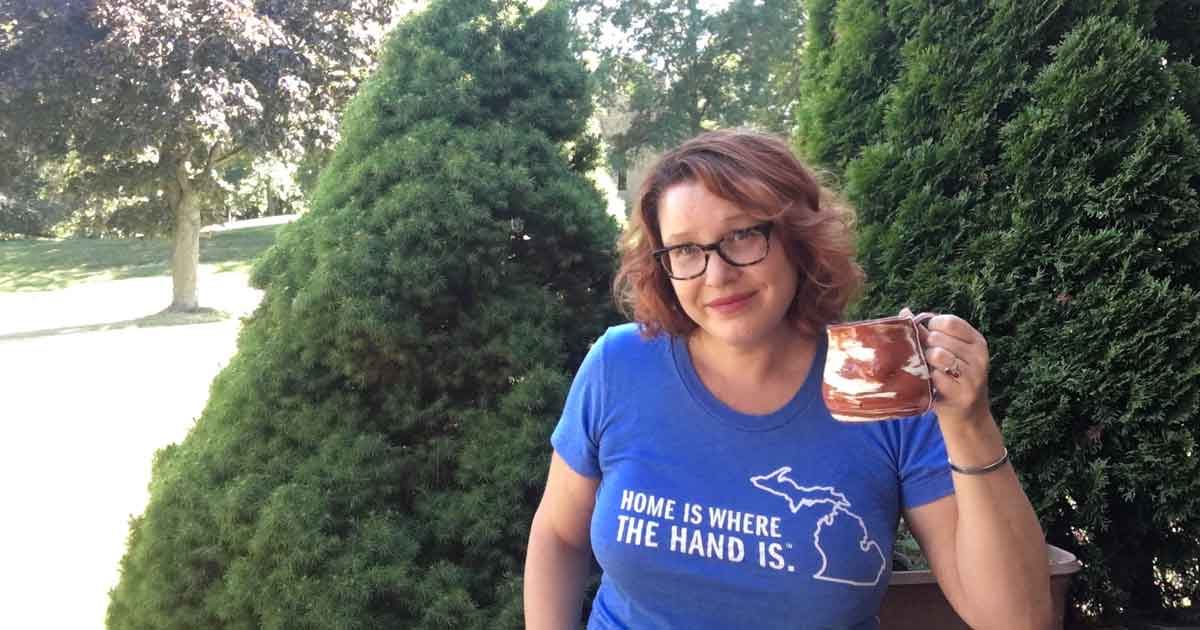 I was sitting around a fire pit with a friend on a cool-ish summer evening a few weeks ago, talking about this yet-to-be-written post. By the time I was tucked into bed in their guestroom, I was convinced that I would change my proposed angle.

But as things often appear different in the light of day and after a restful sleep, I changed my mind.

Back to plan A.

One of my goals when I requested to write this series was to help people see the world through different eyes—those that open daily to the uncertainties, fears and struggles of a cancer diagnosis.

Anyone who has followed along has seen me slog through heavy and light as I navigate still-new emotions. What I haven't been ready to touch yet is this topic: "What not to say."

On that night last month, wrapped in a blanket with flames toasting my toes, my friend and I got deep into the wine and deeper into the territory of grief. We concluded that I should, instead, only focus on the positive.

And there was my out. Whew! There would be no hammer time.

That's what I thought ... Until I thought about it some more.

I've no doubt that if I just covered the right things to say to a friend or family member with cancer, we'd all go home happy. Yet if I truly want to be helpful, stuff's gonna have to get real.

The funny thing about breast cancer is that, by many, it's considered the "good cancer." It's true: If caught early, it has a high survival rate. But it's not that simple—and it shouldn't be dismissed as though it is. It's not always caught early (cue raised-hand emoji) and there are innumerable other factors that determine whether the outcome will be favorable or not.

"You've got this" might not actually be true. I might die from it. And this isn't a presentation I need to nail: It's f-ing cancer. Generally, encouragement isn't seen as a negative. But this kind of sentiment can come off as flippant. Especially if you add a "Pshhh" in front of it.

Similarly, I may not be able to "Kick cancer's ass." It's not a schoolyard bully, after all. As tough as I might be, cancer might be tougher. And if I can't oust it, then what? Did I fail? I have friends and family who have died from cancer. Were they weak? No way.

I personally hope "Everything will be OK." But will it? Nobody really knows. What I do know: This is the first time in my life that I have faced anything this perilous. I used to be able to get by with a "This too shall pass/will it matter a year from now?" mindset. But there is no greater consequence than dying. So much for putting things in perspective!

Yes, I could "Try Chinese mushrooms, asparagus, lemons, and turmeric." They are purported to have anti-cancer properties. I will likely make regular cocktails of these. (OK, maybe not the mushrooms. And actually, that asparagus one is a myth.) But please, don't imply that modern medicine isn't the best option. Because it totally is. Different circumstances or choices might have prevented my cancer—but now that I have it, I can't rely on dietary improvements or ancient remedies alone.

If you're tempted to say, "I know how you feel," you might want to suppress that. It may feel empathetic, but it's really more presumptuous—and self-involved—than anything. And probably false. I think it's fair to say that only we ourselves know how we, ourselves, feel.

Those are the big ones.

And if you know me personally, right now you probably think this post is about you. I worried about that. I promise it isn't. I left passive-aggressiveness behind in my 30s.

If you said anything—ANYTHING—even if it resembled any of the words above, I am thankful for it. Because I know you had the best intentions.

Should you never say these words? I'm not suggesting that. I've said some of them to myself, for the record.

But do tread lightly.

Think before you speak.

Consider each situation carefully before blurting out some platitude.

This is true no matter the circumstance.

And keep in mind: The most hurtful words you can say are none at all. Because that has happened and it feels terrible. People close to me retreated. Disappeared. Were they uncomfortable? Did they not know what to say? Maybe they read a post like this and thought it better to say nothing than something insensitive.

Here are some things you could say.

"You are loved and not alone." One of my clients writes this to me every so often and it warms my heart, every time. Even surrounded by support, having cancer can be isolating. These words are a gentle reminder that there are people in my life who have my back.

"I am thinking of you." It may sound banal, but knowing I am not forgotten is more of a big deal than you might expect. And sometimes it's the simple words—that don't carry any potential baggage—that can resonate most.

"I'm here for you." This is a good one, whether it's physically or in spirit; continuously or when needed. But if you say it, you better mean it. If you can't commit, don't. Enough said.

As hard as it is to know the right way to behave toward someone with a life-threatening illness, remember: It's harder for them.

Consider encouraging without overpromising. Listening without trying to offer a solution. Being honest and sincere. And, most important, coming from a place of both love and awareness.