West Michigan Woman Favorites: “Back in the Day” Movies

West Michigan Woman Favorites: “Back in the Day” Movies 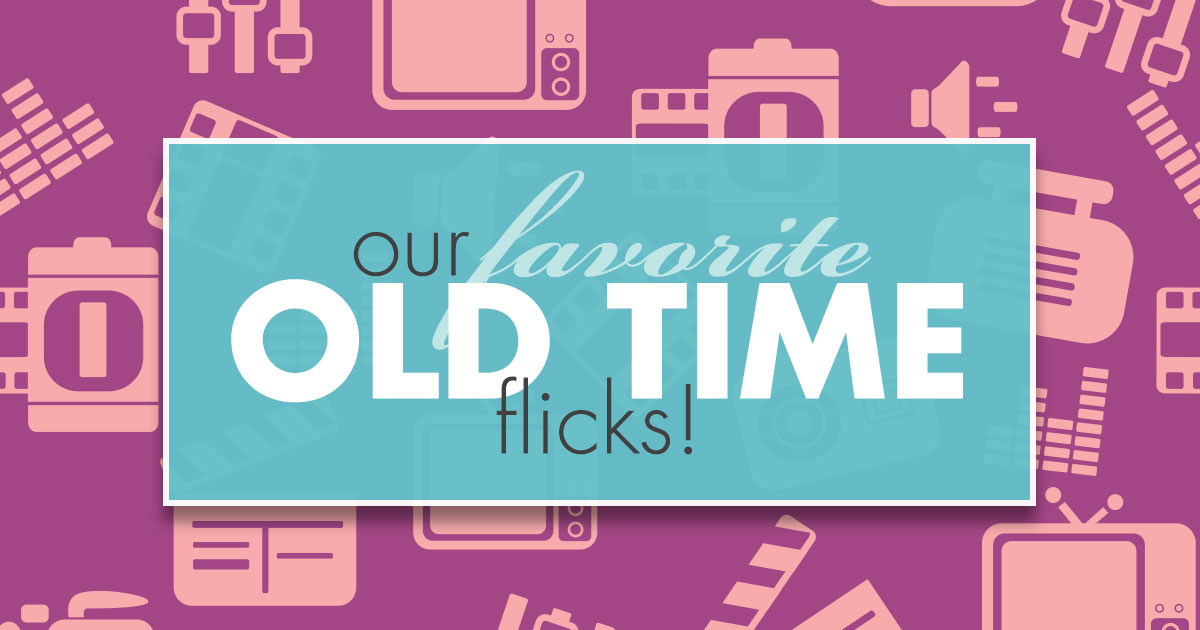 What movies were you watching when you were young? Do you still watch them today? Does your significant other dare to give you a hard time about that?

The West Michigan Woman team thought it might be fun to share some of our old movie favorites with you. We hope you enjoy this walk down memory lane. Be sure to tell us the name of your favorite "back in the day" flick!

I remember going to the State Theatre multiple times to see the movie Grease. I couldn't wait to get the two-pack record for my birthday. I listened to it daily for years and honestly could still recite most of the words to all the songs. Come on ... who doesn't still love "Hopelessly Devoted to You"?

I think Grease was really my first introduction to musicals. It inspired me to get involved with theatre at a young age. And to this day, I LOVE Broadway—so much that we publish a magazine for Broadway!

When I was in high school, we had precisely one snow day. It was 1992 and I spent a few hours that afternoon lying on a blanket on our family room floor, watching Mermaids with my mom.

The movie was about a single mom raising two daughters. The Flax family moved, a lot. They never ate a main course—Mrs. Flax preferred hors d'oeuvres-style meals. No one ever did homework and often times it seemed the teenage daughter was the parent. The life that the Flax women led was entirely unlike my own.

Well, maybe not entirely. The main character, Charlotte, was struggling to find her way. She was filled with angst, didn't know who she was and couldn't quite express her feelings. Sounds pretty typically 15 to me.

When I watched the movie as a teenager, I saw things from Charlotte's perspective. But as I watched it again tonight, I related to Mrs. Flax. No, I'm not single. No, I don't serve star-shaped sandwiches. No, I've never worn a pink polka dot dress and have never dressed up like a mermaid. But I now know adults have fun, too! I also know being a parent is hard. At one point during the movie Mrs. Flax says, "Sometimes being a parent really stinks, I don't always know what I'm doing." I'm sure this line was entirely lost on the 15-year-old version of me, but it now resonates. We are all a little lost, a little crazy and a little emotional. But like Mrs. Flax, we are all doing the best we can.

My high school years were spent pining over Freddie Prinze Jr. and wondering why on earth I had not found my dreamy Zack Siler in real life. Who doesn't love a good Cinderella story, where the nerdy girl triumphs over the popular crowd? I think we can all relate to those awkward high school years filled with the angst of wanting to feel noticed, the drama of having the perfect senior prom, and let's not forget the mean girls!

The main character, Zack, who so happens to be newly single, makes a bet with his best friend that he can turn any girl—no matter her popularity or attractiveness—into the prom queen. Laney, a nerdy art student, happens to walk by at the exact moment and is chosen as their bet. As they open up and get to know each other, they start to learn that maybe they aren't as different as they seem. Like every good love story, they end up falling in love and realize that being popular may not be as great as it seems.

As I watch She's All That now, I still find myself reciting line for line each scene and cheering on the nerdy girl! Who doesn't love a good romance story that teaches us that popularity doesn't mean everything and that how you treat others is always the most important thing! When you think about it, this is a great lesson for everyone, no matter what age you are.

For those who have never seen Good Will Hunting, a short synopsis is a must: Actor Matt Damon is a young kid, working as a Janitor at MIT. When a professor puts an impossible-to-solve math problem on the board in the hallway, Damon solves it. While continuously getting in trouble with the law, he only has one option to stay out of jail—take weekly math classes and see a therapist. The only therapist that seems to put up with him is none other than Robin Williams.

The relationship between the two is what makes this movie so fantastic. Not only does Williams help Damon with his troubled past and unforeseeable future, Damon also helps Williams discover things about his own past and future.

Although Good Will Hunting aired for public audiences when I was only 4 years old, I can still appreciate the brilliance in this movie almost two decades later. Not only does this story focus on the struggles of a troubled young man, but it also shows the importance of finding ones purpose and worth in life.

I am amazed with the performances of both Matt Damon and Robin Williams. I find myself on the verge of tears throughout this entire film—and, of course, there's my full-on sobbing at the breakthrough scene between Damon and Williams. (For those who have seen this movie, you know exactly the scene I am talking about.) This movie moves every type of emotion in me. I'm tuned-in and serious, I'm laughing, I'm angry, I'm bawling my eyes out: What more could you want?!

Setting all the emotions aside, the story itself is great. It is a movie that will move anyone. It will bring tears to even the boyfriends, brothers, fathers and husbands who admit they don't cry over movies. No matter what genre of movie you like, Good Will Hunting will hands-down be one of your favorites!

"Everyone is born, but not everyone is born the same. Some will grow to be butchers, or bakers, or candlestick makers. Some will only be really good at making Jell-O salad. One way or another, though, every human being is unique, for better or for worse."

A childhood movie I danced to during the rolling credits, as though I would have felt empowered.

A movie that encouraged me to use my imagination.

Matilda was full of extraordinary imagination.

When Matilda debuted in 1996, I was 5 years old. This movie was about a little girl and her journey, where she finds herself up against her parents who don't understand her and a nasty school principal. In the movie we soon meet Matilda's teacher Miss Honey, a ray of sunshine who swoops in to care for Matilda the way nobody ever has in her life.

As a child watching this movie, from what I remember, it was always my favorite because Matilda found happiness in the end—and that made me happy. She was always exploring, learning and asking questions. I wanted to be just like Matilda. Now, as an adult, I see Matilda as a strong woman who persevered through it all. If one path was blocked, she found another way out. She spoke her mind and shared kindness with everyone she met.

MEET ME IN ST. LOUIS

My favorite back-in-the-day movie goes far, far back. Meet Me in St. Louis, released in 1944, is set in 1904. I first saw the film with my mother and grandmother, at the long-gone Bijou Theatre, a tiny jewel of a venue in Eastown.

Meet Me in St. Louis tells the story of the Smith family: Alonzo and Anna, and their daughters Rose, Esther, Agnes and Tootie—who enjoy their home and their hometown dearly and are upset that their father's banking position may be uprooting the family for a move to New York City. The film waltzes through love, life and childhood, stopping along the way for dinners, dances, Halloween hijinks, parties and other slices of life.

I was captivated by the costuming, the horse-drawn carriages, the gaslights ... the seemingly carefree life in which all of the daughters, despite their wide range in age, had their friends and fun and were firmly rooted in their world and pastimes. Bonfires and ballgowns and dance cards, trolley cars and trying to get the attention of the handsome new boy next door, songs around the piano and a feeling of everything being just right—the movie spoke to my heart and sense of history, giving me a glimpse of another life in another world.

"Postcard" visuals opened each new scene, adding to the sense of time and activity. The film was beautiful, the characters enchanting, the story sweet and dear. I remember wishing I could be Rose, played by Judy Garland, even for a moment, to dance those dances and wear that beautiful velvet dress and ride that trolley car and sing "Have Yourself a Merry Little Christmas"—one of my favorite songs to this day.

When the film ends with the newfangled electric lights coming on throughout the grounds and dazzling the Smith family at the 1904 St. Louis World's Fair, I could feel the magic, the awe, the true feeling of knowing there's no place like home.

Written by members of the West Michigan Woman team.