‘Without the Dignity That Any Human Deserves’: Healthcare in the Black/African American Community

‘Without the Dignity That Any Human Deserves’: Healthcare in the Black/African American Community

My journey has been one of frustration, disappointment and heartbreak. I can only speak of my personal experiences in dealing with the healthcare system, but I have found that the treatment of the Black community and people of color is very different from that of the white community.

In my 30 plus years working in the healthcare field, from registration to Transplant Financial Coordinator, I have seen an abundant amount of unfair and biased treatment due to the color of a person's skin, my own included. There are things that I have seen over the years that sicken me. I am sure that many of you will either be horrified, skeptical, or just flat-out nonbelievers, and that is a matter of opinion. We all have our own opinions and beliefs, but this is something I have lived with my entire life.

My family and I were born with a rare genetic disorder called Protein C deficiency. This is a congenital condition that leads to an increased risk for thrombosis (blood clots). Congenital protein C deficiency is one of many inherited thrombophilia, which is a heterogeneous group of genetic disorders associated with an elevated risk of thromboembolism. In other words, a person who has this disorder is more prone to develop blood clots in their veins due to their blood not having enough Protein C, which is a natural anticoagulant, meaning it helps prevent clotting. For those who are born with this disorder, an episode usually presents itself between 10-50 years of age. I had my first bilateral pulmonary embolism (blood clots in my lungs) in my late 30s, then again in my 40s and this last one was just recently at 55 years old. When you have these life-threatening clots, it is very easy to become paranoid and think that every little twinge is a new clot.

My first trip to the hospital was one of the most terrifying things I had ever been through. I was taken by ambulance from my job at an Urgent Care center to the ER. The doctors ordered a CT Scan of my chest. By the time I got back to my room, the doctor was there and looking white as a ghost. He told me that I had two large blood clots, one in each lung. From that point on I was restricted to my bed and not allowed to move around the room. They started me on heparin and then got me admitted. I was inpatient for one month. They were unable to regulate my INR (a measure of how thin my blood was) to a therapeutic level.

While I was inpatient, the staff treated me with total indifference. There was only one nurse that I had during that entire stay that was any comfort to me. The others all acted as if I was inconveniencing them if I asked for anything. I know that nursing staff can be overworked and have more than their fair share of patients, but this doesn't explain their behavior toward me. In the beginning, I thought it was just all in my imagination. Then, a white roommate joined my two-person hospital room and her treatment was notably different than my own. They smiled brightly and made sure to come and check on her, without an attitude and took care of all her needs. I was so ready to go home and get some kind of normalcy back into my life. I was released and told to follow up with my primary care. That was it. That was all the information I was given!

This last trip to the hospital has left me more disheartened than ever. I left feeling confused and rushed out the door with no answers as to what to do from this point on. This time I thought, "This is it, I'm not going to make it this time." I thought I was going to die and have to leave my family. It was my third time with these clots and it was also the worst. My lungs were "overwhelmed with clots," according to the ER doctor. After I was admitted, some tests were run and no one even bothered to come and give me the results, so I just sat and worried. Finally, I asked the nurse if my results were back and she said she would page the doctor to come to talk with me. I didn't see him until the next day when he came into my room and asked, "Do you want to go home today?" I was taken aback by this, because the nurse came in and put me on oxygen during the night because my oxygen saturation went down into the 80s and my blood pressure was still sky-high.

I asked him: "Should I be going while I am still having these issues?" He stated that if I didn't feel comfortable going home that I didn't have to. I was simply flabbergasted at that point and asking myself, "What kind of tomfoolery is this?" I stayed another night and was then ready for discharge. I was shocked to see there was no referral to pulmonary or hematology. Who was going to monitor me after having such a close call with these pulmonary emboli? I have decided to be my health advocate and not take "No" or "I don't know" for an answer any longer.

My grievance with the American healthcare system is that it is beset with inequalities that impact those of us who are Black, African American or of color. These inequalities cause gaps in insurance coverage, unfair access to services, and inferior health outcomes. Unfortunately for my family because of this, we have lost too many too soon. No one ever felt the obligation to listen to our family history and try to connect the dots and research what the deaths of my grandfather, mother, brother and my being prone to pulmonary emboli meant. After asking questions about if these could be related and mean something, not one physician decided to check into it. It cost me a mother who would still be here if she had been taken seriously when she went in with complaints of shortness of breath and chest pain. They sent her home with antibiotics and the infamous, "If you're not better after completing this or have worsening symptoms, give the office a call."

Unfortunately, she would never complete those meds because she died three days later. When she was found unresponsive on her apartment floor and by the time the paramedics got to her, it was too late. The paramedics who came out to assist after she passed out Christmas Eve morning did not bother to remove the IV from her arm. They left her uncovered with the device they use to give breaths during CPR and the IV still hanging from her arm.

They left her on the floor between the bathroom and the living room without the dignity that any human being deserves.

After the autopsy, we learned that she died of bilateral pulmonary emboli and her body was riddled with clots. My mother was only 59 years old and would never see her first great-grandson or her oldest granddaughter graduate college and get married. Her death was unnecessary, if only someone had cared to pay attention.

The next loss to my family was my younger brother who was in his early 40s and had so much life to live yet. His physician always equated everything to him being overweight or his blood pressure. Never once did anyone think to do a blood test that would show the ticking time bomb in his blood. Never once did anyone care to inquire about his family history or the untimely deaths of his mother and grandfather due to blood clots. My brother died on a beautiful morning in April in his home with his twin girls by his side when he took his last breath. He had been ill and was sedentary for some time. Being sedentary is the perfect time for the clots to form. Without treatment, the fuse on the bomb is now lit and it is just a matter of time before its blows.

My story has shown me that medical racism and negligence have the dangerous ability to eliminate entire generations of Black Americans. The first of us to succumb to this was my maternal grandfather. He passed away when I was eight years old and left my world shaken to the core. He was my best friend in the world, and he would never get to see me graduate, get married or have children. He was having the same symptoms that we had all experienced. With this being such a rare disorder and not easily diagnosed, he was also sent home on antibiotics with the diagnosis of bronchitis. He got worse and worse until he was admitted into the hospital and soon passed away due to clots in his lungs. With this not being a common condition in that era, we were none the wiser of the abnormal DNA that we all shared.

Fortunately, I worked with a physician who overheard me talking about the deaths of my family members and asked me to have my PCP run a blood test that would show any blood disorders that could be inherited. I took this to my physician, and he ordered the necessary lab work. That was when I finally knew what was happening to me and my family. Finally, the uncertainty of the "timebombs" stopped with me when I received the diagnosis of having Protein C deficiency. We were finally able to name the silent killer who was picking off my family, one by one.

I do not hold the healthcare system responsible for the disorder, but I do blame them for the lack of enthusiasm to get to the bottom of what was happening to their patients of color. Being a Black American and a woman at that, I have found navigating the healthcare system very matter of fact when it comes to our gynecological health, as well. I have always felt that my concerns were inconsequential to the very people who swore an oath to provide medical care for everyone. I am not saying that all providers practice this way, there are those that will move heaven and earth to ensure they have left no stone unturned for their patients. They are not concerned with what race, sexual orientation or color their patients are. All are treated with dignity, respect and lack of judgment. I take my hat off to you and I pray that the example you set will help others to follow suit.

People of color deserve the same treatment as any other human being. We are not animals, we feel the same pain as anyone else, we bleed red, we are all the exact same. The only difference is the color of our skin. As a society we have to do better. There are lives out there that depend on quality medical care without biased opinions. It's past time. 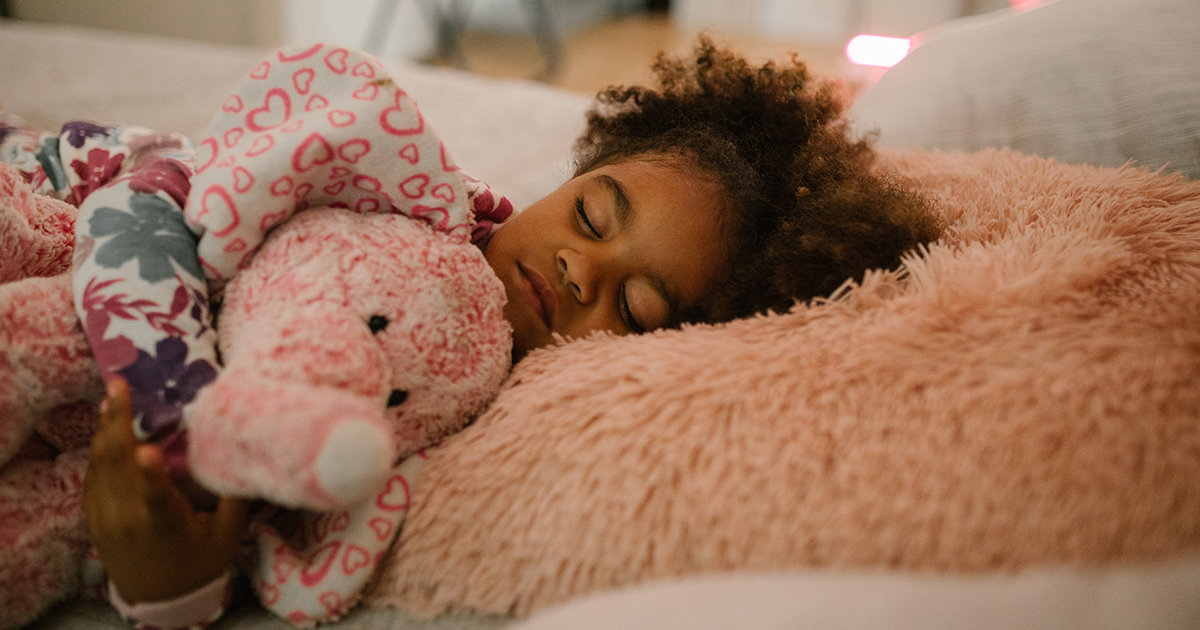 Help Your Kids Get Their Zzz’s 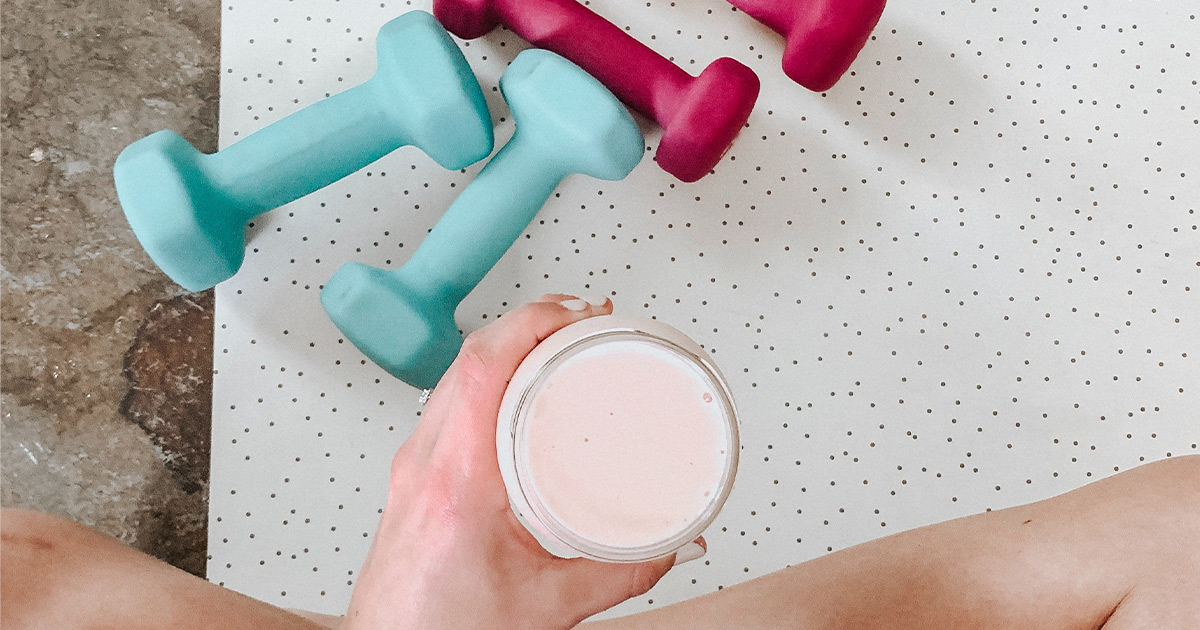 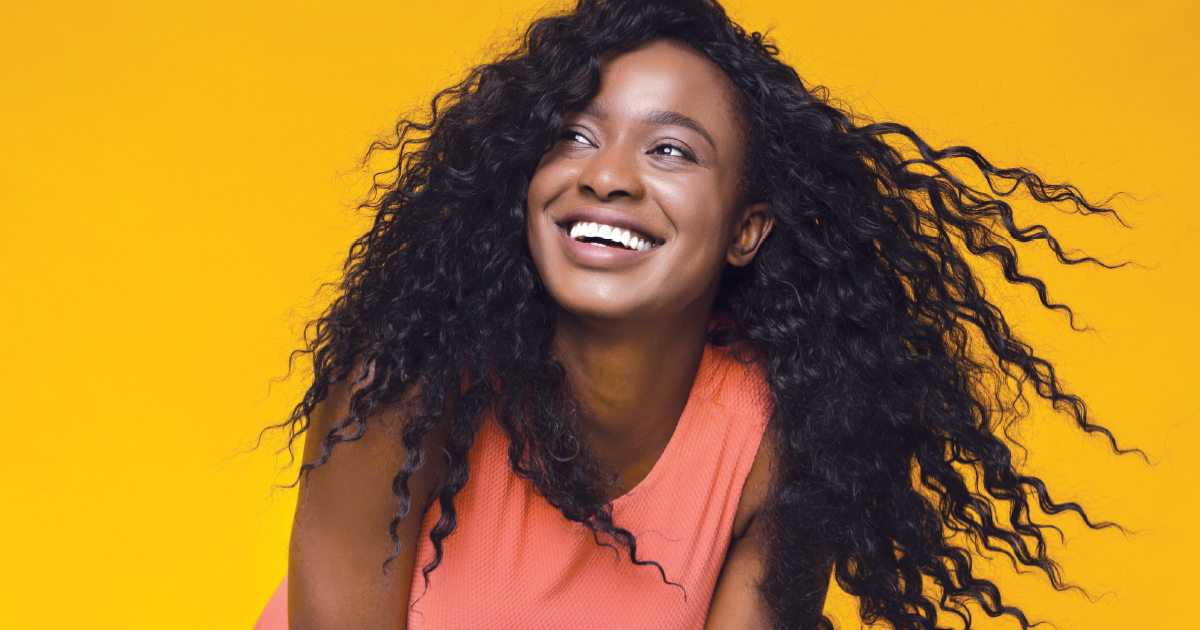 Strategies for Being Your Best Self in 2022