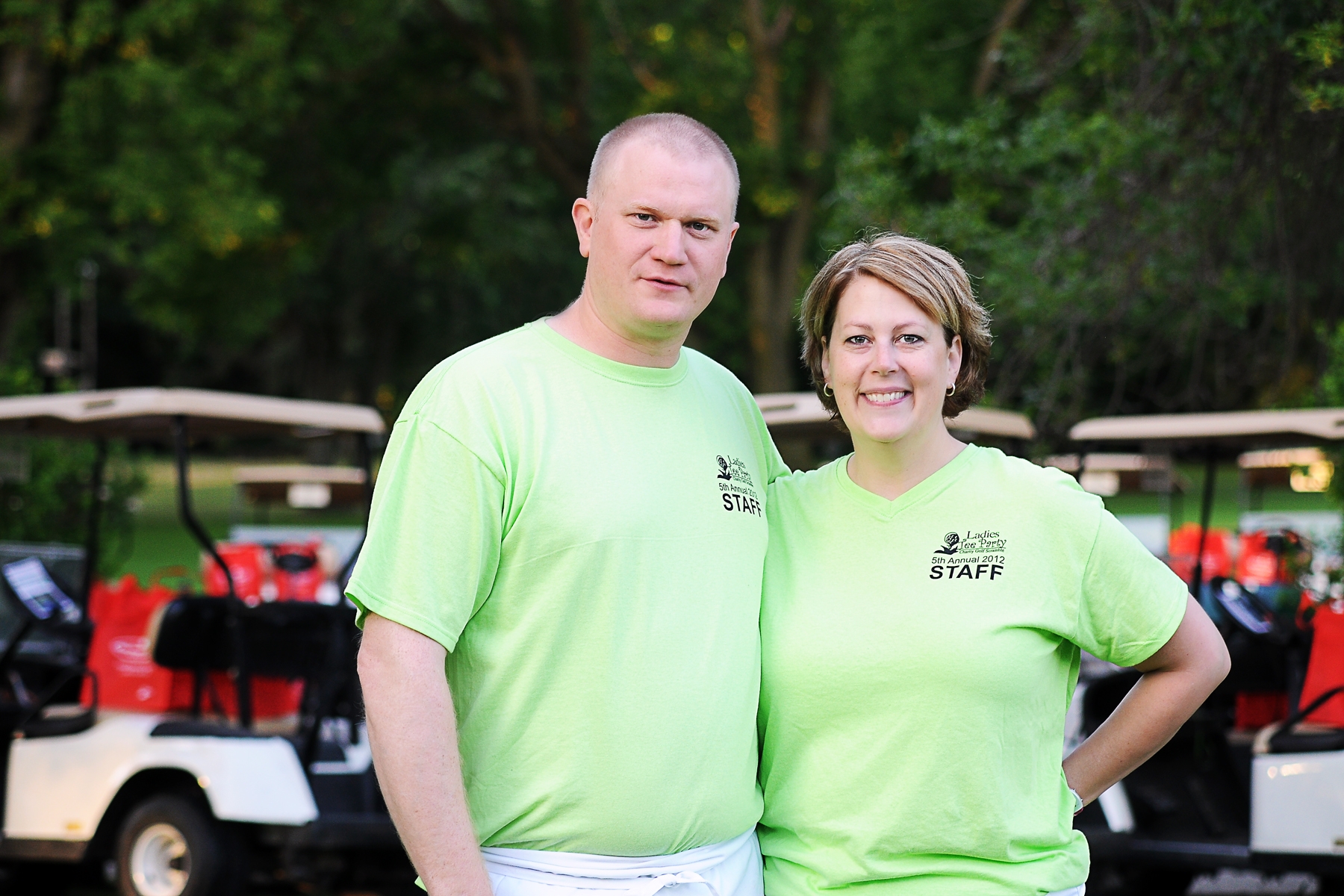 In 2007, Katherine and Mike Schoenborn got the news of a lifetime: They were going to have triplets! But in the months leading up to the due date, Katherine described her pregnancy as an up-and-down roller coaster ride. "We had one to two doctors appointments a week. We'd leave one positive, then leave the next with a grim feeling. When it all was said and done, it was such a let down."

Katherine gave birth to the three stillborn sons December 15, 2007, but the hits kept coming. In the hospital room, she and Mike were visited by a social worker who handed them a binder full of funeral homes and interment arrangements. Days later, they got the bill. "It made me so angry. After everything that we'd been through, now we had to pay? I just thought it was one last kick while we were down … I remember (thinking), I wish there was a way I didn't have to pay; nobody should experience that."

And now, because of the Schoenborns, fewer will. The Sleeping Angels Endowment of Spectrum Health Foundation seeks to "ease the financial burdens on families experiencing stillbirth at Spectrum Health-Butterworth.” Founded by the Schoenborns in June 2008, the endowment reaches out to “let people know they are not alone," Katherine said. Although they were surrounded by family, friends, and an outpouring of support during their loss, there was nothing anyone could say or do to make the hurt subside. "One of the things you hear a lot when someone dies or something tragic happens is that God has a plan or that it's out of our control. I didn't like that answer though. I had to find reason, and I figured, the whole reason we went through this was to give us the drive to do something like this. There was a need, and this was God's way of making sure it got done."

To raise the money required to launch the endowment, Katherine and her board of volunteers put together the Ladies Tee Party Golf Outing. In its first year, the event raised $17,000 through a mere ninety golfers. By the second year, they'd met their $30,000 goal. Now in its sixth year, the event boasts more than two hundred fifty participants and sixty volunteers. "We like to say that this 'Ain't your grandma's tea party…' and we mean it!" said event board member Maureen Fitzgerald Penn. The golf outing hosts a DJ, complimentary massages, and, new this year, the Great Lakes Pub Cruiser. Food is also included and catered by the University Club, where Katherine's husband is the executive chef. "Women are classically known for feeling like they can't leave their families for eight hours while they go out and have fun. But we want them to forget all that and take a day for themselves," Katherine said. "It's just mainly to show them a good time, and to surprise them."

The money raised for the event is nice, too, she said. To date, the endowment has raised nearly $80,000 and ensures that families who face with the binder of funeral homes will also be told the Schoenborn's story and given information about how Sleeping Angels Endowment could help ease their pain. Working to develop the endowment and hold the first golf outing just six months after she delivered was cathartic for Katherine and Mike. "It forced our energies to go elsewhere," she said. They also channeled their strength into creating order for their son, who was almost four years old at the time. "We had to make an effort to get back to some sort of normal for him," Katherine said. “It forced us to continue on, even if we didn't want to.”

Several years later, normal is exactly how the Schoenborn family looks. Katherine and Mike welcomed another son into their family soon after the pregnancy. He is now four years old. The family enjoys picnics, playing baseball in the backyard, movies, and game nights. “Normal stuff," Katherine said. But look closer, and you will see an extraordinary story that belongs to a family that goes far beyond normal—a family that is making sure that when life takes turns beyond our control, there is something we can do to take it back.

Click here to watch a video and learn more about the Schoenborn family's story.

Written by: Erika Fifelski is West Michigan Woman magazine's staff writer. She graduated from Michigan State University with a degree in journalism. Erika was born and raised in West Michigan, and after a brief stint on the sunrise side, she's home and loving it. Photo: Flourish Photography