Are You Dense? The Fight for Breast Cancer Awareness

Are You Dense? The Fight for Breast Cancer Awareness 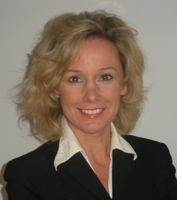 Like any woman in tune with the importance of breast examinations, Teresa Hendricks was well aware of the need for annual mammograms, even before she was 40 years old. She kept track of lumps, one in particular that she questioned. But what Teresa did not know is that her breast tissue is classified as "dense" and because of this physique, the mammograms were missing what was diagnosed after seven years of negative tests as breast cancer.

"I had a normal (mammogram). Six months after that, I felt an area of thickness, or fullness, not a lump," Teresa says. "The second month it was more solid, and I scheduled an appointment. I went in for an exam and was sent to get an MRI with a contrast which would light up anything unusual or different. It lit up."

Teresa never knew her breasts were considered dense until she was diagnosed, and the knowledge that her tumor may have been anything but a recent development stunned her.

"At the same time I learned I had cancer, all the doctors were coming to me saying, 'You know you have extremely dense breasts.' They emphasized it like I was a martian or something. I didn't think to ask what it meant...The tumor was likely there for seven years, but it doesn't show up on mammograms. Why wouldn't anybody tell me that if you have dense breasts it can hide a tumor?" Teresa says.

Women with dense breasts are four to six times more likely to have breast cancer, even if there is no family history. Learn more about breast density at Are You Dense.

Teresa isn't letting her breast cancer weigh her down. She's turning her story of breast density into political action and is spear-heading bills in the Michigan House of Representatives. Similar laws requiring women to be informed if their breasts are dense were passed in Connecticut.

"It's just criminal to me that they wouldn't tell women a critical thing you need to know to save your life," Teresa says.

She put together her story and sent it to Michigan Representative Roy Schmidt (D-Grand Rapids) who "picked up on it right away," she says. So far, the matter is getting bi-partisan support. There are four bills in the package concerning breast density. The first is the breast density inform bill, which would require doctors to tell their patients if they have dense breasts and the potential for cancerous tumors that may not show up during a typical mammogram. The remaining bills deal with matters of insurance including, if passed, the requirement of insurance companies to cover cancer-detecting methods if breasts are dense.

The next step is for the language of the bills to be discussed in committees within the Michigan Legislature after which a hearing will take place.

"I will be there testifying...We want to pack that hearing room with women so they can't fit in the door," Teresa says.

Teresa's political action stemmed from her concern for women like her who are not aware of the dangerous implications of breast density.

"I worry about 30 to 40 (year-old) women who are pre-menopausal. At least 50 percent of women have dense breasts and they're not getting a mammogram until they're 40," Teresa said. "One in eight women get breast cancer now, so you have to be vigilant."

Teresa's vigilance turned into a double mastectomy because of the type of cancer she had which was more likely to show up in the other breast in time, she says. Teresa underwent painful surgery that removed the entirety of her breast tissue including the nipples.

The reconstruction surgery was started at the same time she underwent bilateral mastectomies. When she awoke, the pressure of the tissue expanders placed behind her breast muscles was excruciating. "It was causing so much pain that I couldn't even move my arms and it hurt to inhale," Teresa says. "I felt like I had a Charlie horse in the middle of my chest."

Initially, Teresa wasn't sure she'd need chemotherapy. As she waited to get her tumor analyzed, she took stock of the decisions she'd have to make. Some things were clear to her, she was without breasts and would get implants, and she didn't want to lose her hair. When the tests came back, it was determined that she'd need chemotherapy. She also decided to get two tattoos.

"There have been some really funny moments because of the absurdity of the things you have to decide. I decided if I wanted to do chemotherapy, I decided if I'd get both breasts removed, all the way down to what color of aureoles I'd get (tattooed), and if I wanted them to reconstruct my nipples," Teresa jokes.

Teresa has maintained her sense of humor throughout the process, and she is developing other personality traits as well, like passion, and initiative. Check back with West Michigan Woman to find out the date and time of the breast density hearing and to find out how you can lend your support.

Written by: Erika Fifelski is the West Michigan Woman magazine editorial coordinator. She was born and raised in West Michigan, and after a brief stint on the sunrise side, she's home and loving it. Erika enjoys cooking, vacuuming, and discovering new ways to live sustainably and support local businesses. Photos provided by Teresa Hendricks