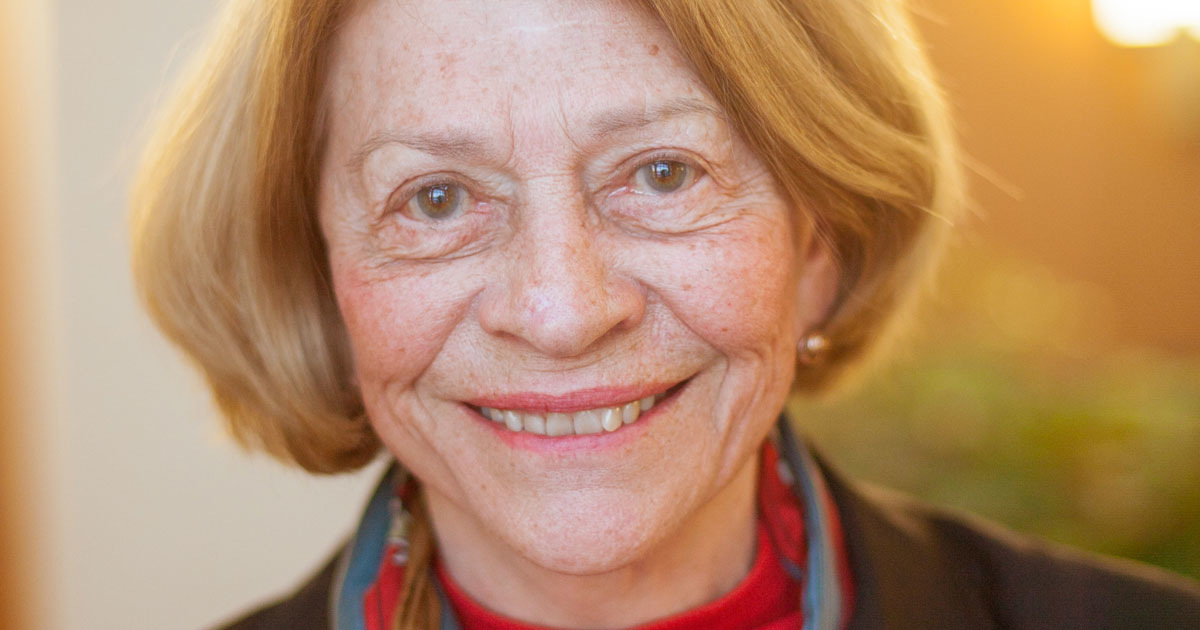 Judy Frey has seen more than the average amount of change in her life, and she has responded to each change as an opportunity for growth.

As a child, Judy lived in sixteen different houses before she was sixteen years old, as her father was required to relocate often for work. "I learned not to be anxious—to take advantage of each relocation as an opportunity."

Judy attended the University of Michigan to study education and speech pathology, working in public schools in the Detroit area. Eventually, she and her husband, who had studied law, decided to relocate to Grand Rapids. Many of their college friends had been from the Grand Rapids area, which influenced their decision. As their family grew, Judy decided to stay home with her children instead of continuing her career in education, but stayed connected to the local schools through volunteer work. She had always wanted a family. She recalls that, as a child, when people had inquired as to what she wanted to do when she grew up, her response was always, "I want to be a mom."

When she was thirty-eight, Judy's husband was killed in a car accident. She was left alone to raise their four young children, ages six, eight, ten, and twelve. "I had to adjust," she said, in a modestly understated way.

When Judy remarried several years later, her husband, David, wanted to have children. At ages forty-three and forty-six, Judy had two more. As her children became more independent, she continued to engage in her community as a volunteer. "I have a tendency to join things, get really involved, and become a leader." The Grand Rapids Junior League, East Grand Rapids School Board, Blodgett Hospital Board, and Kent County Board of Health were among numerous organizations to benefit from Judy's involvement. She also founded the East Grand Rapids Schools Foundation.

Judy describes the mid-1980s as a time when she got "a little involved in politics,"—again, understating the case. She became involved in a Michigan ballot initiative to protect a woman's right to choose. She describes the press conferences and giving testimony before the Michigan legislature as stressful, but felt strongly about the issue. "You just can't tell me what to do." Her involvement in the state ballot initiative provided education and experience in the political process, which has enhanced her ability to contribute to groups she has worked with since, including the Michigan Women's Foundation, whose mission is "to transform Michigan to achieve equality and empowerment for women and girls."

In the 1990s, Judy began her own business with the purpose of helping corporations develop giving programs to benefit nonprofit organizations. She continued to serve as a volunteer, taking on the role of at-large member of the Metro Council, a council of mayors, in addition to serving on numerous boards. Then, in the late '90s, when the mayor of East Grand Rapids announced he would not be seeking re-election, she first wondered who might run, and then entertained the notion of seeking election herself. Her husband was about to retire, and she had been running her own business for more than ten years. The timing felt right. "It was a great opportunity." She ran. She won.

Looking back, Judy says that as opportunities presented themselves, her confidence to try them came from her sense of self and from the confidence in her held by others, and their support. When she was younger, her father kept her in balance, teaching her to be confident enough to take a risk. She also cites the support of her husband, David. The social reformer Jane Addams has been a long-time role model for Judy, inspiring her willingness to take on challenges to improve society. "You have to know and believe in yourself, and use that to further yourself." That insight has been further affected by her relationship at Pondera Advisors, her current workplace.

On April 22, Judy will be recognized at the 2015 Women of Achievement and Courage Celebration West Michigan, in honor of her community leadership. The event, which takes place at the JW Marriott, Grand Rapids, is being held by the Michigan Women's Foundation. West Michigan Woman is proud to be a sponsor for this event. Click here for more information about the celebration.

Written by: Jennifer Reynolds is the staff writer for West Michigan Woman.