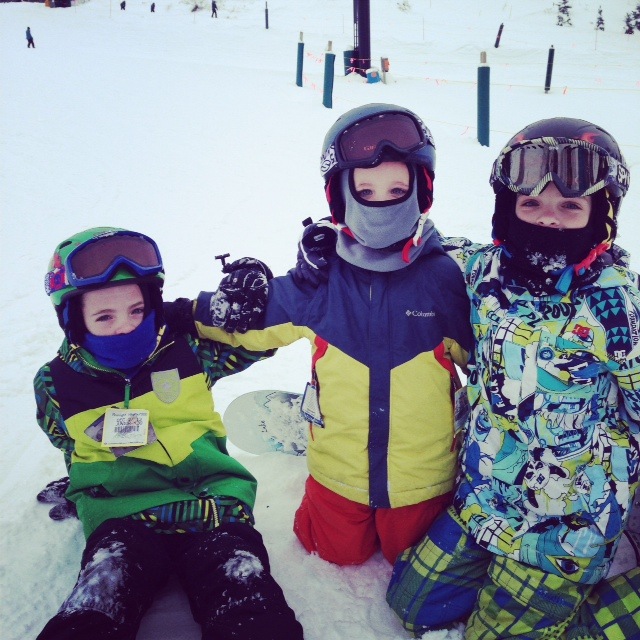 The winter games kick off this Friday, February 7. Wow…that came fast. Are you ready? Here’s a quick guide to “Everything you need to know about the 2014 Winter Olympics.”

I have some childhood memories of the Olympic games, but they mostly consist of watching America’s sweetheart, Mary Lou Retton, win five gold medals in the summer games of 1984. Now that I have my own children, I want to make sure we take advantage of this once in every four years event. I just did the math and realized my twin boys will be teenagers the next time around (gulp). What’s more…this has been a REALLY challenging winter for us West Michiganders (can I get a “holla!?”) and I think we all deserve something fun to look forward to.

What a better way to get through these last remaining weeks of this crazy winter than to embrace the winter games? They’re fun to watch and the athlete’s stories are inspiring. Whether you have kids or not, I’ve researched some of the highlights and important things to know and provided links for future reference. So bookmark this page so you can access it later!

#1 – Learn a little about Sochi

The Russian city of Sochi is a resort city that sits on the Black Sea. Sports venues are set up in two different areas of the city, and in total, it's costing about $50 billion to host the games there. That's four times the 2007 estimate by Russian President Vladimir Putin. Some are calling the games, Putin's Olympics, as he believes this is Russia's opportunity of establishing itself as a tourist destination. Interesting! Even a vacation to the Black Sea sounds inviting at the moment.

The opening ceremony will kick off at 8:14 p.m. local time. Sochi is nine hours ahead of us, so the opening ceremony will start around 11 a.m. their time. Viewers won’t be able to watch right away, though, because NBC is not airing the opening ceremony live. Instead, the network will broadcast the event eight and a half hours later at 7:30 p.m. EST. Although NBC is airing most high-level events live this year, luckily for those of us who don’t have DVRs, they will repackage them for primetime.

I recently read that one way to beat the winter blues is to plan more social time. So how about hosting an Olympic games viewing party? The games start on February 7 and end on February 23, so start planning now. There are lots of fun ways you can capture the Olympic spirit, and here’s a link with fifty-two ideas for your party. Some of these are a little out there, but should give you inspiration. My personal favs are the edible torches (#1) and the patriotic sangria (#21). YUM!

#4 – Catch up on the compelling stories

You’ve probably already heard some of the buzz about these athletes around the water cooler, but it’s time to learn more about these athletes and what makes their stories compelling. Some are the big ones, like the biathlete who gave up her spot on the Olympic team to her twin sister, and some are less well known. And then some are just downright too good to be true, like the Jamaican bobsled team who is returning this year – yeah, mon!

Here’s a link to a pretty slick slideshow so you can catch up rather quickly on the most intriguing stories of the 2014 games: http://bleacherreport.com/articles/1925156-10-most-intriguing-stories-to-watch-at-the-2014-sochi-winter-olympics

It’s no surprise that technology and mobile support for these games is bigger and better than ever. Visiting www.teamusa.org and also http://www.nbcolympics.com/ are great places to start. If you’re looking for Olympic coverage on the go, here are some of the best mobile apps:

So there you have it: five ways to make the most of the 2014 Winter Olympic games. Comment below with your ideas for embracing the games, and also which events you’re most looking forward to watching!