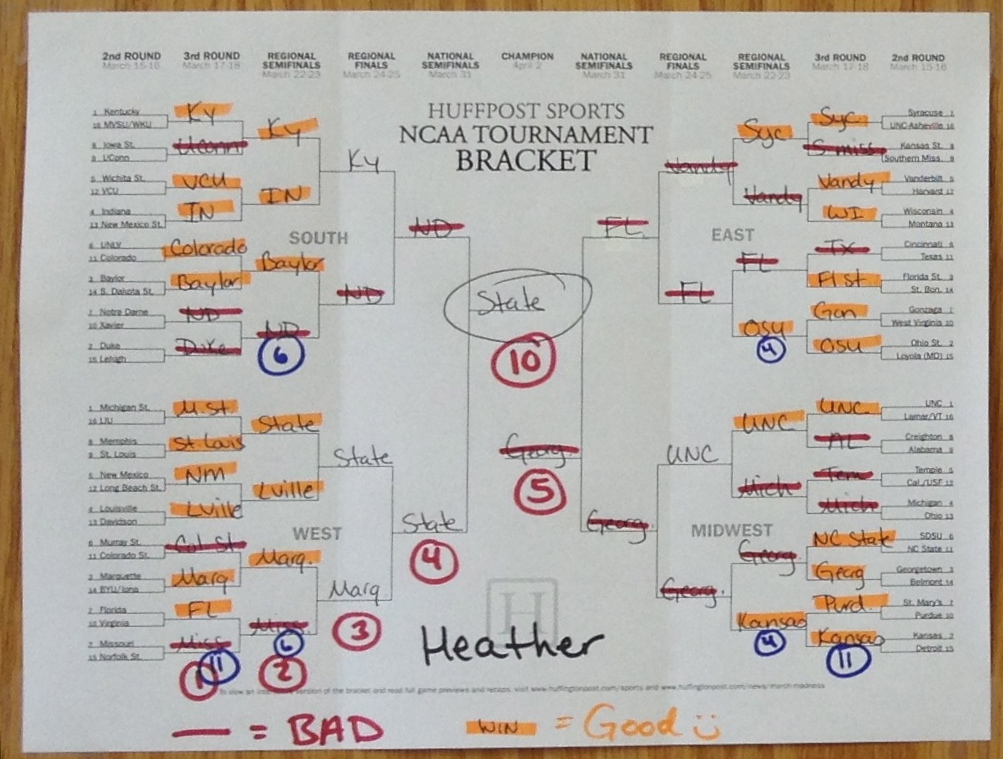 I am not one to research teams to the extent of, well, men, but I do get into March Madness for the sake of camaraderie and solidarity. I started filling out brackets as a college freshman at Loyola. Now, while Loyola hasn't won a tournament since 1963, I still get into the games, particularly the second half, ok the last three minutes.

This year I have State going against Georgetown, and I will tell you why. I live in Michigan, and so it is my prerogative to choose Michigan's teams to do well. I'll admit I did a little research to see which team was better, Michigan State or Michigan, and that is how I chose their placement on my bracket. The rest of the teams made their way into this year's designated slots based on location. For example, I like the state of Florida, it's warm, and sunny, Florida State? You're going to the third round. Another example is Notre Dame. I have strong connections to Notre Dame, so it seems natural that I would will them to win their first game.

As proved by my severely red bracket, this method does not always work, and perhaps the male process–scrupulously investigating the history of upsets and the likelihood of a #16 seed beating a #1 seed–works. But there is something to be said for rolling the dice to choose the final four teams. My family has participated in a bracket competition for seven years, during which no man has ever won, and my mom almost always ends up with the most points. She uses the "never heard of that school so they will not advance, but I've been to that state, so I will pick them" system like me, and if it's good enough for mom, then it's good enough for everyone.

Written by: Heather Fumo, soon to be Heather Wotkowski. Heather is the newest member of the West Michigan Woman team. As the magazine's account executive, she works with West Michigan businesses to obtain advertising for our upcoming print edition of West Michigan Woman Magazine. She's a Chicago native, but loves Grand Rapids enough to call it home. 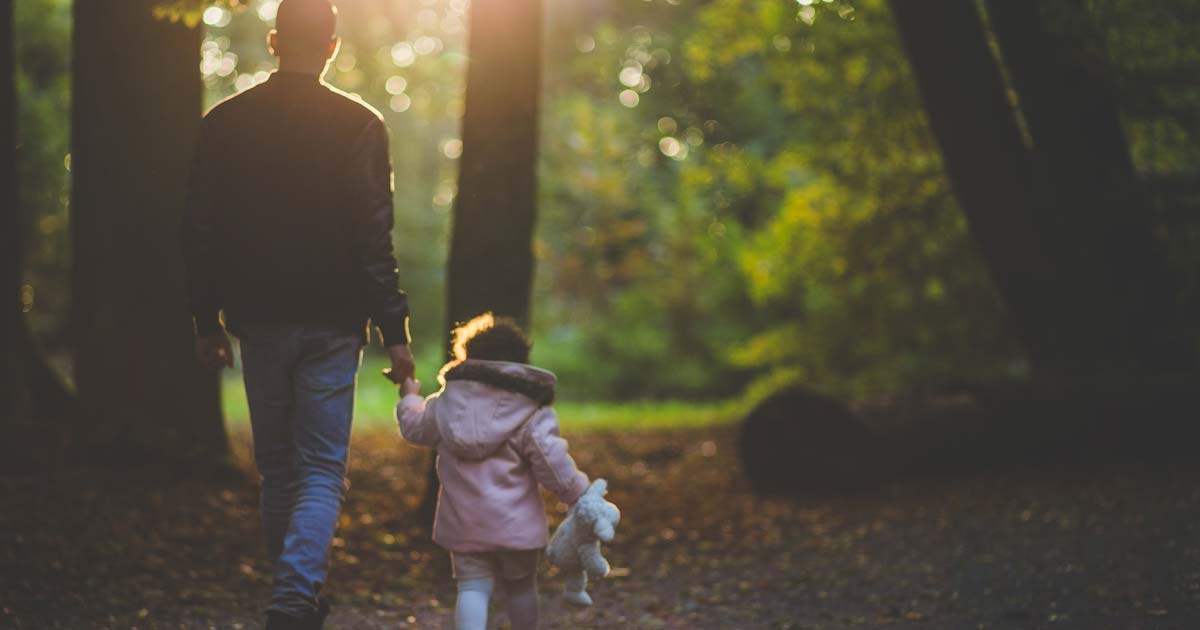 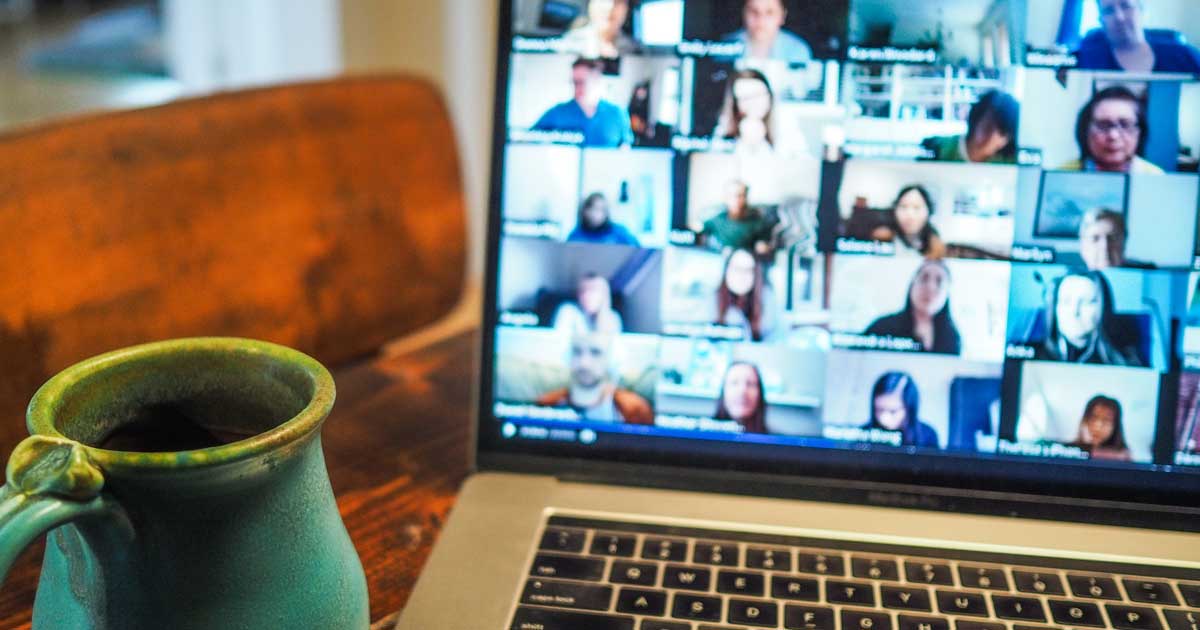 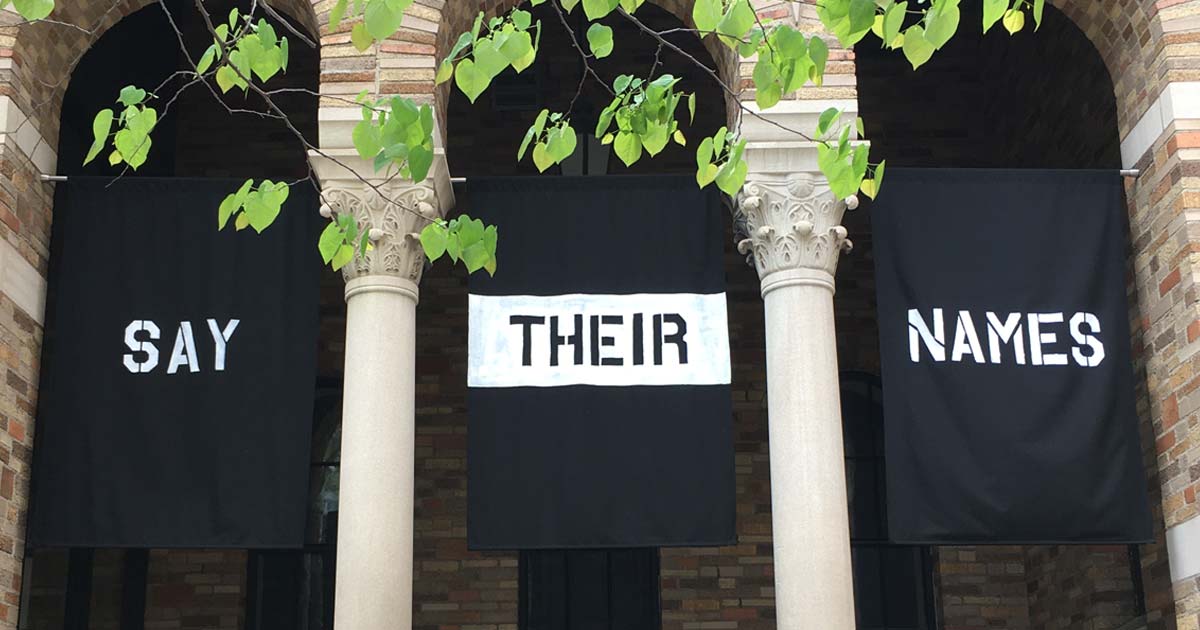