Banishing the Bush: A Personal Journey

Banishing the Bush: A Personal Journey 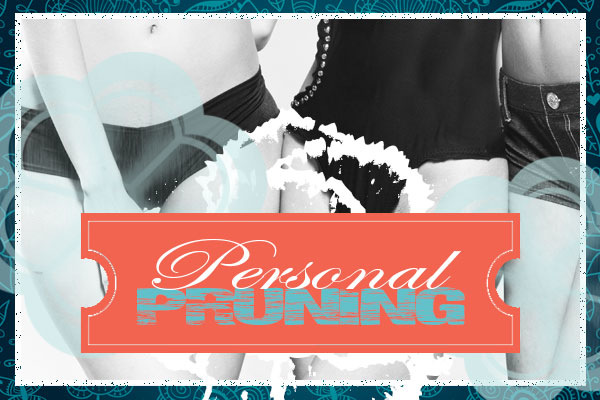 Ah, summer—my favorite season since I was a kid! I love nothing more than heading to one of West Michigan's beaches, or drinking mojitos by the pool with a friend. But the one thing I don't look forward to is the extra chore of mowing the lawn, trimming the hedge ... If you haven't already caught on with where I'm going, I'm not talking vegetation here people.

Tending to my lady garden has always been a challenge, largely because I simply cannot shave. No matter what creams or razors I've tried (yes, I've heard you're always supposed to use a new blade), it inevitably results in such severe itching that the end appearance is far worse than a few stray hairs.

For most of my younger years, I got away with using hair removal cream. But something happened in my mid-20s: We had more serious issues than Y2K to worry about. Born was a new expectation. Women everywhere would not only need to maintain grooming of their leg and armpit hair, but also fuss over the appearance of their pubic region. (I'm not talking just the bikini line. "Landing strips" were no longer just for strippers, and Jennifer Love Hewitt announced on national TV that she got "vajazzled.") At first I refused to buy into this ridiculousness, blaming sexist men and our culture's obsession with pornography. Why would I want to look like a two-year-old, anyway? But as time wore on, these conversations moved from drunken girl talk at the bar to mommy musings over coffee at the playground. Suddenly, the more drastic and permanent approaches to pubic hair removal were more about convenience and perhaps adding a little excitement to your relationship. Women claimed, "It hurts like crazy, but so worth it!" "I'll never have to shave for the rest of my life!" And, of course, "My husband freaking loves it."

It was time for a new approach. I researched my options and decided to first give it a go on my own. Because of my positive experience with Nair over the years, I opted for its home wax strips. You rub the pre-applied wax strips between your hands to warm them, then apply a strip in a downward motion and "rip" north. It's not pleasant, but if you follow the directions, it works—most of the time. This method worked for a while, until the time the wax didn't stick to the paper and ended up stuck to my skin. Add tiny fists pounding on the bathroom door and the doorbell ringing to the scenario, and I was forced back to my underwear. I won't bore you with the details, but that's when I swore "never again." It was time to find another option.

My next attempt on the hairlessness quest was at a local salon. I'd had bikini waxes before, but was determined that if I was going to invest the money and succumb to the torture, I was going to make it worthwhile. I shyly asked for a "landing strip," which is pretty much as it sounds. The aesthetician used the traditional hot wax. Not only did it hurt like mad, I remember looking down and seeing tiny pins of red on my skin. "Am I BLEEDING?" I asked in panic. She babbled something about it being related to my menstrual cycle. Whatever, lady. I was out of there, never to return.

My third attempt, introduced to me courtesy of Groupon, offered a permanent solution. Could laser hair removal possibly be the light at the end of the tunnel? A "high-end" spa offered a treatment package for an unbelievable $200. I'd heard of friends paying four times as much, so I jumped at the opportunity. At my first appointment I was educated on how it would work, and "upgraded" to the French version for another $100. I'd have to be there once a month, for six months. Sure, it was nearly twenty miles from home, but that's OK. It would save me money and time in the long run, right? Wrong. At my next to last session, I asked why it didn't seem to be working. "Well, some people's hair follicles react differently than others. Sometimes it takes more rounds and you can buy them—for full price," they explained rudely. I was furious, and defeated once again.

My latest and final strategy in Mission: Hair Removal was sugaring. If you don't know what sugaring is, it's much like waxing, except they use a piece of a sugar-based, taffy-like substance. It's not pain-free, but it doesn't hurt as much as waxing. I'd finally found a place and an aesthetician I was comfortable with ... until my last visit. I was in a hurry and hadn't eaten, so I grabbed a Cliff Bar for the drive there. After I arrived and we were preparing to get down to business, she asked if I'd ever had a Brazilian. "Of course," I replied, thinking it an odd question since I'd seen her several times. It turns out there's a difference between a "Brazilian" and a "Brazilian Bikini." I'd previously scheduled the more external latter. True Brazilians are different. They promise to remove all of the hair "down there"—even in places I didn't know it grew! Immediately I started sweating and felt my tummy grumbling as it nervously tried to digest seven grams of fiber. She quickly got to work, slinging and snapping the sticky substance and asking me about the kids, vacations, et cetera, which I'm sure was her way of distracting me from the pain and the uncomfortable nature of our encounter. Then she ordered me to lie on my side. And pull up a butt cheek. "Please tell me this isn't happening," I thought, as my stomach gurgled louder. To this day, only she knows if I farted in her face. But I'm not going back. Ever. Instead, I've returned to the familiar Nair cream of my teenage years.

And I'm perfectly OK with that.

Written by: The author has kindly requested she not be named. She's still nursing some psychic wounds.

On a related note, this story repeatedly makes the rounds on the Internet. Prepare to cringe. Repeatedly.