The Devil in a White Coat

The Devil in a White Coat 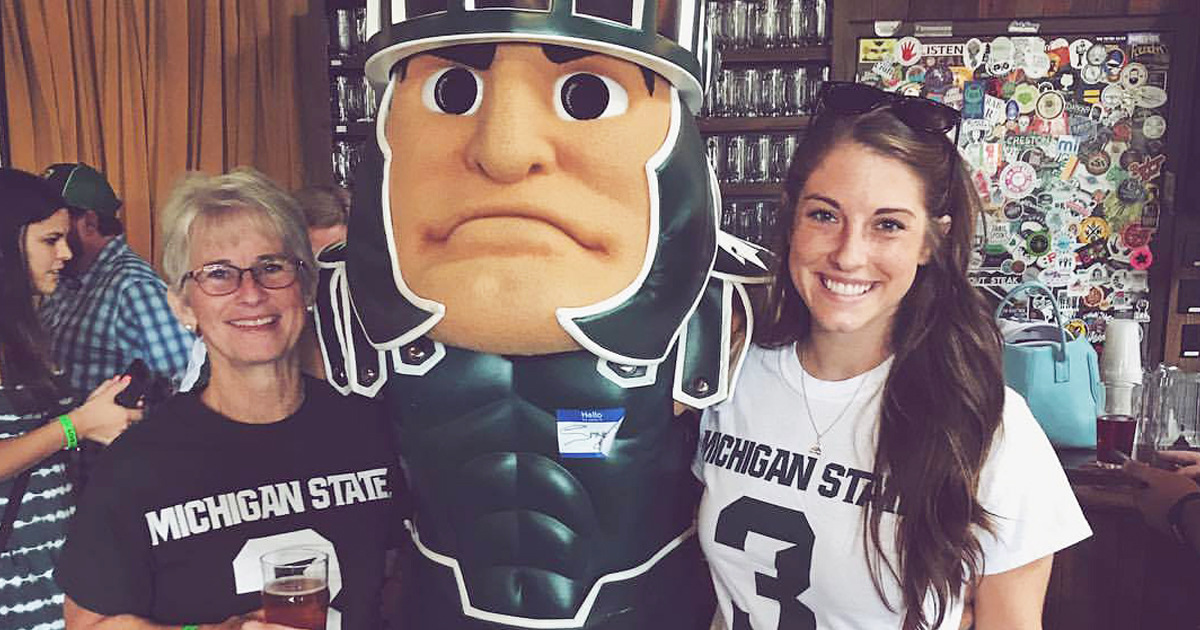 If there are two things that people should know about Michigan State Spartans, it is that we are extremely proud of our school—sometimes to a fault—and that whenever someone yells "Go green!" you can expect we will respond even louder with an enthusiastic "Go white!"

When I was attending a networking event downtown this week, the keynote speaker, a fellow Spartan, came onto the stage and said, "Are my fellow Spartans in the room?", hoping for a rousing applause to kick off the speech. I noticed a few reserved "golf claps" in response to her question, and then she yelled the familiar Spartan calling, "Go green!" It was then that I noticed my muffled and somewhat dull response, which was unusual for me, a die-hard MSU alumna.

Why was I suddenly feeling like being a Spartan was something I didn't want to openly share? Why did I have a small pit in my stomach?

I noticed I wasn't the only one, as I saw a few nervous or uncomfortable glances exchanged between other event attendees. Unless you have been living under a rock, you would know the reason for Spartans feeling a little less proud right now, and a bit quieter than usual, is because of Dr. Larry Nassar: a man who sexually abused hundreds of young women, for years, at Michigan State University.

Dr. Larry Nassar—or "Inmate Nassar," as Doug Powell, a father of one of Nassar's victims, so accurately referred to him—has thrown Michigan State University and its entire leadership into the media spotlight.

For over 20 years, Inmate Nassar had been molesting young women, some as young as 6, who trusted him with their health and overall well-being. This all happened at Michigan State University, where he ran a clinic and gymnastics club. Inmate Nassar took advantage of his position as a trusted healthcare provider and faculty member and manipulated so many lives, all for his own personal pleasure.

I have been a proud Michigan State fan since I was a little girl. When it came time for me to choose a college, the only place I applied was Michigan State—there was no question where I wanted to end up. Half of my wardrobe still consists of Michigan State branded clothing, and I have three Michigan State decals on my car and one on my laptop. I am the typical overly proud MSU alumna and Inmate Nassar has made me, along with many other alumni and current students, question if we should still be proud of our beloved school and alma mater.

As more and more of the story has been unfolding over the past few weeks, I am left with so many questions, as I'm sure many other Spartans are as well.

How did this happen? Someone at Michigan State clearly had to have heard about this before 2014, right? If they knew the depth of the situation, they wouldn't have let him continue to practice, would they? Did I ever pass him on campus? Did MSU leadership really not know?

One thing I am not questioning, however, is the strength, bravery and resilience of his many victims who testified in front of him over the past week.

These strong and powerful women were able to stand tall and come face to face with the man who stole their innocence, trust and dignity. Some of these badass women have Olympic medals, but to me, their testimonies this week are an even more impressive display of human strength.

It is no secret that justice for sexual harassment has been a leading story for the past year, from the #MeToo Silence Breakers being named TIME Magazine's 2017 Person of the Year and the #TimesUp all-black clothing movement at the Golden Globes, to the recent Women's Marches across the country ... People are finally starting to listen.

What scares me? It seems like no one in leadership positions at Michigan State was listening, or that they didn't want to take a young woman's word over Inmate Nassar.

This kind of behavior and secrecy from leadership behind closed doors is not what Michigan State University stands for. I don't know if I should be mad or sad, but I know that in order for the victims to heal, or heal as much as they can, the change in leadership at Michigan State was necessary. I am not going to pretend to be an expert on this case or someone that was a fly on the wall during conversations about Inmate Nassar over the years at Michigan State, but someone needed to be held accountable, and to me, that person was Lou Anna K. Simon.

When you are in a position of power, you need to know that the day might come when you need to take responsibility for something you feel was not completely your fault. I, again, find myself asking so many questions ...

If she knew, how did she let him continue to practice? What if she really didn't know? Has the good she has done for the university outweighed this situation? What poor protocols for reporting sexual assaults were in place that allowed for this to continue for so long?

We may never get answers to these questions, but as I was working on writing this article, I got the breaking news alert that Inmate Nassar, or Inmate 21504-040, was sentenced to 175 years in prison.

And just as I was finishing up, I also received the late-night alert that President Simon resigned.

Today is the first day for many of his victims to finally begin the healing process, and I think it is also time for the leadership at Michigan State to consider other serious personnel and protocol changes. This situation was far too widespread, went on for way too long, and hurt too many people, for no one aside from Inmate Nassar to be held partially accountable.

To me, Michigan State was a wonderful and safe home for four years. But to know that for many young women it was a place of horror, shame and suffering, is something that puts a knot in my stomach. I am still deeply proud of my school, and I know that I can speak for fellow alumni and current students when I say that we are so sorry that this happened and this is not what Michigan State represents.

We are a school of people supporting one another, that is deeply passionate, and that strives to make the world a better place. We use the phrase "Spartans Will." And in this case, Spartans will continue to fight for you and make sure that everyone who needs to be held accountable is held accountable.

The fight is not over just because Inmate Nassar has been read his sentence and President Simon resigned.

We are fiercely proud of our school, but we are even prouder of what it truly means to be a Spartan, and no one—not even the devil in a white coat—can take that away from us.

Now is not the time to sit back and say, "OK good, he is going to prison and it's all over."

Now is the time to continue to fight for justice for those across the globe who have experienced sexual assault or abuse.

Now is the time to support one another, believe one another and LISTEN when someone says they experienced something that made them uncomfortable.

To quote Kyle Stephens, a survivor of Inmate Nassar: "Little girls don't stay little forever. They grow into strong women that return to destroy your world."

With new leadership, the Michigan State community can begin to heal, learn from the past, and move forward with a brighter outlook for the future.

Get out there. Be loud. Destroy worlds if you have to.